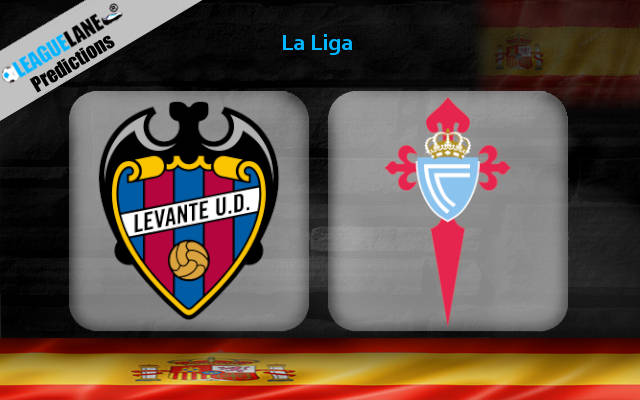 Three consecutive losses in the league ought to put Levante at the ultimate bottom of the table. The host picked up just three points from a lone win in their five appearances so far this season.

Their previous encounter was on the road and Bilbao defeated them with a 2-0 scoreline. With their scoring average of 1.0 goal per match, while conceding at a rate of 2.0 goals, the host doesn’t prove any harm.

Celta Vigo is not that behind in the descent to downward form in the campaign this season. The Vigo couldn’t build on their opening three unbeaten games, as they are on a three-game losing streak in the schedule as of late.

They will visit on the back of their third consecutive clean sheet loss, a 0-2 loss at home against Atletico Madrid in the previous league clash.

Levante is at the ultimate bottom of the table, and their spot in the league will probably reduce the morale of the players despite playing at their home. However, taking into account that only one of their 5 clashes so far was held at home, it is too soon in the league to determine the host’s form.

Their opening home match this season was against Real Madrid, and they had no chance. Now that they are facing a side of their same caliber in the mix, the host stands a chance to test their ground advantage in the fixture.

Another thing to note is that Celta Vigo has scored only 3 goals until now in the campaign. Despite leading over the host by 2 points, the visitors are still lagging to the host in their away form. Based on these stats, the home team is likely to create more chances in the game than the traveling side.

The double chance favoring Levante will probably be the best bet for the punters in the clash, in case the Vigo manages to win a point in ninety minutes. Also, the punters can go with the tip for Levante to win with a +1 handicap in the encounter to yield decent returns.