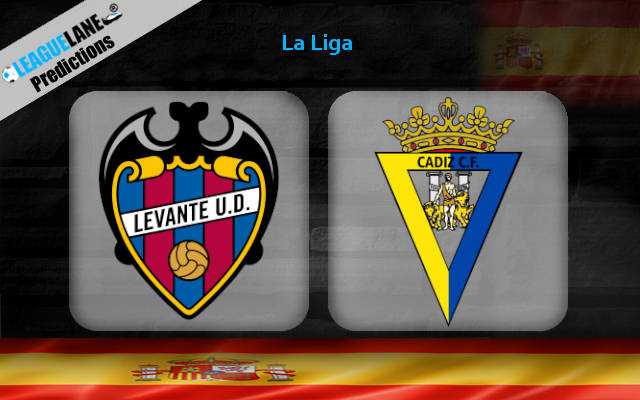 Sitting at the 14th spot, Levante is aware that they might finish somewhere near, on the table. They will host the promoted team, Cadiz, in their last game this season. Meanwhile, the visitor will come in with nothing to play other than pride in the fixture, as they will see yet another season of La Liga.

Levante was successful in extending their winless run in the league to the seventh game in a row with a defeat last time out. Their previous encounter was on the road and they lost to Getafe with a 2-1 scoreline in their schedule. Another winless game here will see their worst run in the league so far this season.

On the contrary, Cadiz has been the better side out of the two. The away team has lost only four of their last ten matches in the campaign. However, they will visit on the back of a double loss in their form, following a 1-3 loss at home against the likes of Elche in the previous encounter. The visitor already has a three-point lead over the host on the table as it stands.

The chance to score in the game is alive for both teams in ninety minutes. Levante enjoys the ground advantage in the middle and has a slight edge in the h2h history over the promoted team. However, Cadiz was able to share the spoils at home in the reverse fixture this term.

Keeping this in mind, the home team will look for revenge at their strongest suit. Their winless streak in the league is the only factor to doubt their victory on Thursday. In the meantime, the visitor is also on a double loss in the campaign prior to the fixture.

So, the draw no bet over Levante will probably be the best bet considering their last four h2h meetings have all ended in a draw. Only one of their last five h2h clashes has resulted in a goalless draw. Hence, the tip for BTTS will probably come in handy for the encounter.