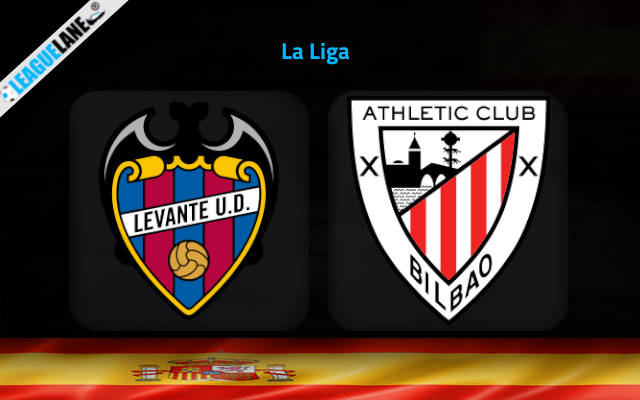 Levante have been one of the worst teams in the whole Spanish top flight this season, and understandably are placed second to last in the table. They still remain the only squad yet to post a win in the La Liga as well.

Meanwhile, Bilbao have been one of the best of the league for some years, and despite the high number of draws, they still are a team to be feared – especially for a minnow like Levante.

Moreover, with a better h2h record as well, expect Athletic to deliver a winning performance this Friday at the Estadi Ciutat de València.

Levante lost 2-1 on the road the last match-day, against Alaves. They had also lost six of their past eight overall games, and are on a 14-fixture unbeaten streak.

Going on, they had let in two or more goals in six of their last eight matches, and had conceded 12 from their previous four fixtures alone.

Do also note that they have a single win at home since the second week of January, and have a total of one clean sheet at home since March.

On the other hand, Bilbao might have lost 0-1 at home against Cadiz. But it was only their second defeat of 2021-22, and only once have they even let in more than one goal in the entirety of the new season.

Finally, they also have a great h2h record against this rival, and for all these reasons, expect a win for Athletic Bilbao this weekend.

Tips for Levante vs Athletic Bilbao