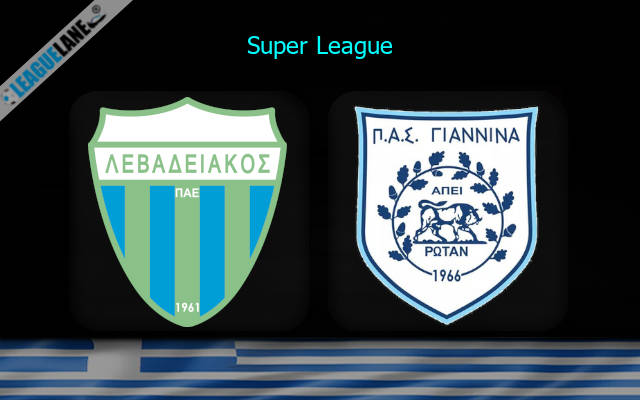 Levadiakos vs Giannina Predictions and Free Tips from our expert tipsters when the teams go head-to-head in the Greece Super League on Saturday, 07 January 2023.

Neither Levadiakos nor Giannina have been enjoying a decent run so far in this season. They both have failed to seal enough of three pointers and sits inside bottom half of the league standings at present.

Giannina are at 9th position, two spots above Levadiakos. However, they both doesn’t have any big differences that deserves a mention here. Therefore, expect a good encounter between these two on Saturday.

Giannina won four of the last five h2h encounters against Levadiakos. The latest meeting ended in a 2-1 win for Giannina.

The past four overall wins at this venue was evenly split, with two each for both. Four of the last six clashes here had goals from both ends.

Who will win the match between Levadiakos vs Giannina?

Levadiakos were winless in three of the last four home matches. Meanwhile, Giannina have not emerged victorious on the road so far in the campaign.

Their h2h tradition at this venue looks to be in a tally. Since Levadiakos home form is comparatively better than Giannina’s away form, we expect a result in favor of the hosts.

Over 2.5 goals ft is not an often seen trend in the matches played by Levadiakos. Meantime, Giannina have the most number of over 2.5 goals ft recordings in this season.

The defensive side of Giannina is the main reason for them recording games with such goal numbers. Since we expect a result in favor of Levadiakos, the over 2.5 goals ft is unlikely to land here.

The possibility of this match to turn into a draw at 90 minutes are very high. We don’t expect this to be a goalless draw or a one-sided affair either. Since neither of these two have a decent defense, expect goals from both ends.

Considering all these observations, we like to place draw no bet in favor of Levadiakos at 1.66 odds as the main betting pick here.

For the second tip, we chose the both teams to score bet at 2.00 odds considering the weak defenses of both.