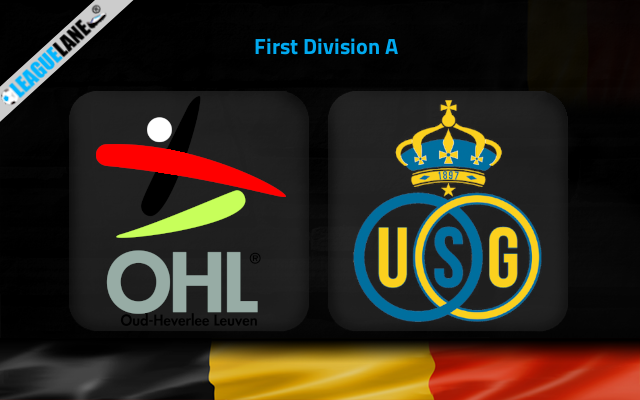 Leuven failed to enter the top half of the First Division A table so far. Their inconsistency is the reason behind their current status in the league. They sits 12th on the table with 37 points. They have a disappointing defensive lineup which failed to show the defensive steel except on rare occasions.

They were last seen on a First Division A matchday against Eupen away from home. The match ended up in a 3-1 defeat for Leuven. With that defeat, they are currently winless in each of the past three league fixtures.

Meanwhile, Union Saint-Gilloise with brilliant results from the league fixtures since the beginning, manages to secure their spot at the top of the table. They are seven points away from the second placed Club Brugge. Their impressive offensive and defensive side adds more to their positive displays.

Union Saint-Gilloise have only lost once in the past 14 league fixtures. They have recorded a win in 10 of those 14 fixtures. On the back of such a strong spell of run, they will be having highest of spirits.

By the looks of things, we can clearly see Union Saint-Gilloise possessing an excellent form in the league. As such, expect a positive display for them at Den Dreef on Friday when they meet the hosts Leuven in a First Division A fixture.

Leuven have an average form at home since the beginning of this season. We can see them failing to prevent goals from the opposition in many of the past league fixtures here.

On the other side, Union Saint-Gilloise have only lost once in their total 15 league fixtures on road. They have an excellent attacking side and we can expect them to score at least a couple here. Therefore, We back them to seal a win in this fixture.