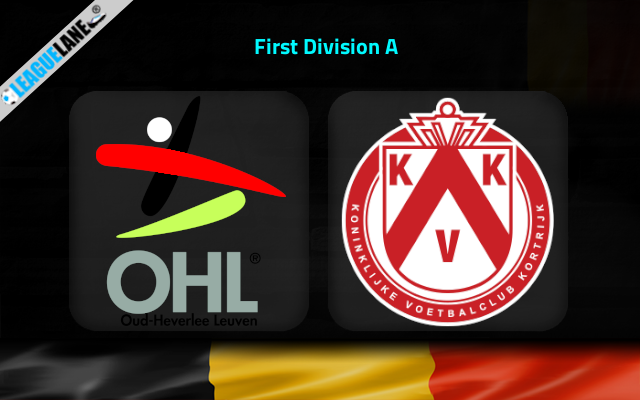 Leuven vs Kortrijk Predictions and Free Tips from our expert tipsters when the teams go head-to-head in the Belgium Jupiler League on Sunday, 8 January 2023.

Although Leuven has managed to evade a defeat in four of the last five outings, they are still lacking the much needed positive consistency. Sitting at the last spot of promotion zone, they will be hoping to secure it by bagging a win.

They will have a great chance on Sunday as they faces a weak Kortrijk as their guests. The travelers are currently at 16th position in the standings and have tasted victory just four times so far in this season.

Leuven won three of the last four league meetings with Kortrijk. The reverse fixture had finished in a 0-2 win for Leuven.

Leuven is on a two-game winning streak against Kortrijk at home. Both teams to score and over 2.5 goals option landed in the last three meeting between these two here.

Who will win the match between Leuven vs Kortrijk?

Leuven is currently on a two-game unbeaten streak at home. Meanwhile, kortrijk follows a four-game winless streak on the road.

Their recent h2h recordings also suggests a result in favor of Leuven. Thus, we expect a win for Leuven on Sunday.

The last four away games of Kortrijk saw goal in plenty. Meanwhile, Leuven scored a total of six goals in the last two home outings.

The last three h2h meetings at this stadium also had goals in plenty. Therefore, expect this match to have over 2.5 goals ft.

The defensive side of Leuven had leaked a total of 8 goals over the course of their last six home matches. Kortrijk’s attacking side have managed to score at least one even in the matches they lost on the road. In that case, expect goals from both ends of Den Dreef.

The bookies see the hosts as favorites, pricing them at 1.67 odds to seal a win here. While placing it as the main betting pick, we like to back the over 2.5 goals at 1.60 odds for the second tip.