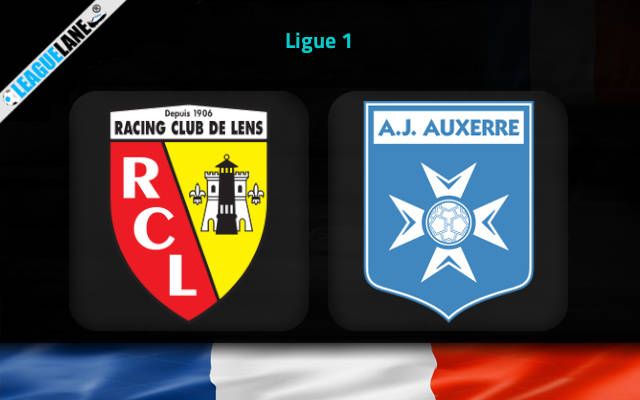 Lens vs Auxerre Predictions and Free Tips from our expert tipsters when the teams go head-to-head in Ligue 1 on Saturday, 14 January 2023.

Lens are by far the best team in the French top flight, barring PSG. They are trying their best to close down the gap to the toppers. They lost just once all through the campaign, and this sole defeat came back in October, against former champions Lille.

Meanwhile, Auxerre are one of the absolute worst in the Ligue 1. They are right in the clutches of the relegation zone, and are currently on a four-game losing streak.

Do also note that they won 11 of the past 15 clashes at this ground.

Who will win the match between Lens and Auxerre?

Lens are easily the favorites to secure the win here. They have a 100% unbeaten record this season, barring a single loss. They even defeated reigning champions PSG 3-1 just a week before, and importantly, they have a dominant h2h record against this opponent.

On top of that Auxerre won just once on the road all through the campaign, and they conceded the most number of goals of all the teams in the competition.

As mentioned before, Auxerre have the worst defense in the league. They are the only team to have let in 40 or more goals. Moreover, Lens scored two or more goals in six of the past seven of their games, and the last Auxerre kept a clean sheet on the road was back in February of 2022.

For sure expect goals in plenty this weekend.

Just a week before, Lens held defending champions PSG to just one goal at this ground. In fact, they have let in just two goals at this ground since August.

The out-of-form offense of Auxerre are not expected to give that much trouble to the hosts this Saturday.

Lens have a 100% winning record at home in league games, and they let in the least number of goals of all the teams in front of the home crowd. Meanwhile, not only do Auxerre have a poor h2h record against this rival, but they are a relegation-threatened squad as well.

On that same note, Auxerre have always conceded goals in huge numbers in h2h clashes over the years, and their defense has not been anything special this season as well. A Correct Score bet of 3-0 on Lens at an odd of 9.00 looks very promising.