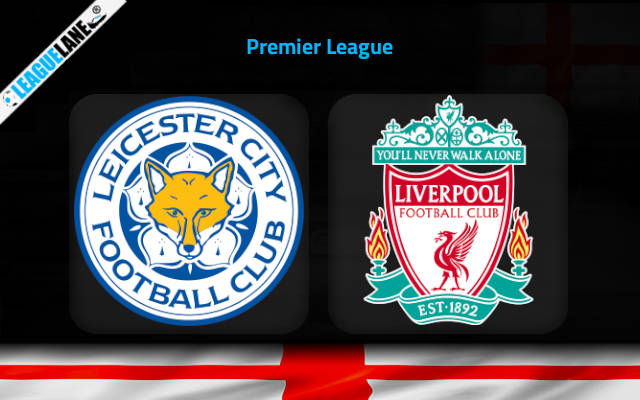 Liverpool seem the only team capable of catching Manchester City in the title-race. However, the Citizens have slowly started to surge ahead, and this has put Jurgen Klopp’s men under pressure.

They need a win at any cost this Tuesday. It helps that they are in great form, and are scoring goals at an impressive rate.

Meanwhile, Leicester appear to be going through a crisis period. They are conceding goals in alarming numbers, and they are dropping points in almost every other match-up.

Moreover, they also have an inferior h2h record against the six-time European champions.

For the reasons, expect a win for Liverpool this match-day at the King Power Stadium.

Leicester lost 6-3 on the road the last match-day, against Manchester City. They were also beaten just a week before in the EFL Cup, by the ‘B’ team of Jurgen Klopp.

Going on, they had conceded two or more goals in six of their past seven games, and their rare wins since mid-October have come against either relegation-battling teams in the PL, or in the Europa League, against teams from inferior domestic competitions.

On the other hand, Liverpool were held to a 2-2 draw on the road the last game week, by the in-form Tottemham. However, they are on a ten-game unbeaten streak, and nine of these were wins.

They had also scored two or more goals in 22 of their past 24 fixtures, and they had won 11 of their former 14 road trips.

And on top of all that, the Reds also have an impressive h2h record against this foe over the years.

For the reasons, expect a win for Liverpool this Tuesday against the struggling Foxes.

Tips for Leicester vs Liverpool