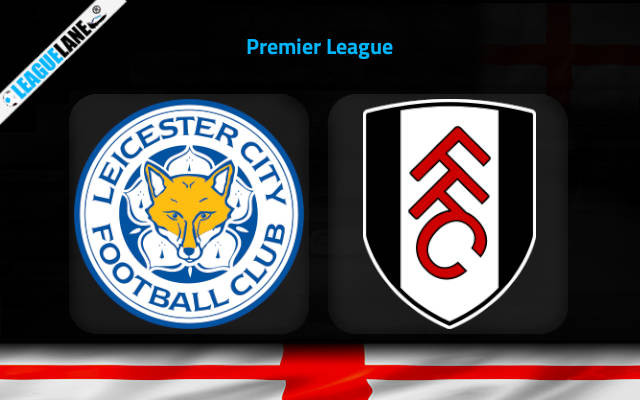 Leicester and Fulham will continue their busy festive schedules on Tuesday evening when they take on each other at King Power Stadium.

The hosts will be looking to rebound from the recent failures, particularly the one that came on Boxing Day in the home fixture against Newcastle.

The Foxes fell 0-3 on the occasion, without offering any kind of resistance against the Magpies in the process.

Brendan Rodgers’ men then had a tough clash against Liverpool on Friday evening at Anfield. Nevertheless, it is clear that they are struggling without the main attacking creator James Maddison (sidelined through injury).

The Foxes will hardly be anywhere near the European positions’ battle and they will be lucky to avoid the relegation scrap in the second half of the season.

Fulham will enter this match in much higher spirits. They even broke into the top half of the Premier League standings after a magnificent display and a 0-3 victory over nine-man Crystal Palace eight days ago at Selhurst Park.

Their talisman Aleksandar Mitrovic enjoyed another fantastic affair, delivering two assists and scoring one goal against the Glaziers.

The Cottagers are currently miles away from the relegation battle. They are even five points adrift of Leicester ahead of the clash at King Power Stadium.

Fulham will also fancy their chances here knowing that the Foxes have only won two of their eight league outings on the home patch this term.

It is very hard to recognize the value in backing the home win at the 2.10 odds based on the form these two outfits have shown of late.

We expect Mitrovic to cause problems to this Leicester City defense that easily allowed three goals in the home defeat to Newcastle on Boxing Day. You can get the 5.00 odds for Fulham to win & Over 2.5 goals FT pick, while Mitrovic is 2.62 to score anytime on Tuesday.