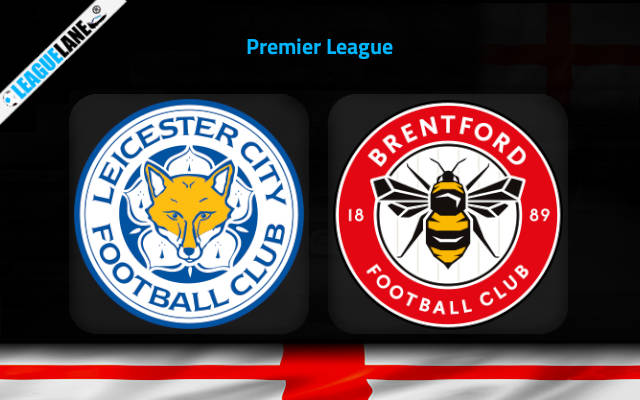 Leicester have been one of the best teams in the English top flight for the past several years but lately they have been experiencing the full brunt of the competitiveness of the league. Meanwhile Brentford were successful in extending their stay in the Premier League, after having been promoted the year before.

But they will have to be worried about the loss of Christian Eriksen, their star playmaker. It needs to be seen how the team will cope without the services of the inspirational Danish player.

Last time around the team had managed to post a total of just 13 wins and as a result they secured a 13th place finish in the table as well. Defense was an issue for the team throughout the campaign and also their performances on the road were not at all consistent.

Meanwhile the Foxes have simply been on fire lately. They are on a winning streak and are finding the back of the net in plenty. Moreover, they have been on a dominant run at home for quite some time now, and importantly they have a good h2h record against this opponent over the years.

By the looks of things, it is expected that we are about to witness a victory for Leicester this Sunday.

The Foxes are on a 4-game winning streak, and they had scored a total of 13 goals from their past 5 matches. Do also note that they have lost just thrice at this venue since November and two of these defeats had come against Everton and Tottenham.

On the other hand, Brentford were winless in 6 of their previous 12 overall games and they had lost 2 of their past four road trips as well.

Moreover, they also have fared quite poorly against this opponent in previous head-to-head clashes and judging all these observations, expect a victory for Leicester this Sunday in front of their home crowd.

Tips for Leicester vs Brentford