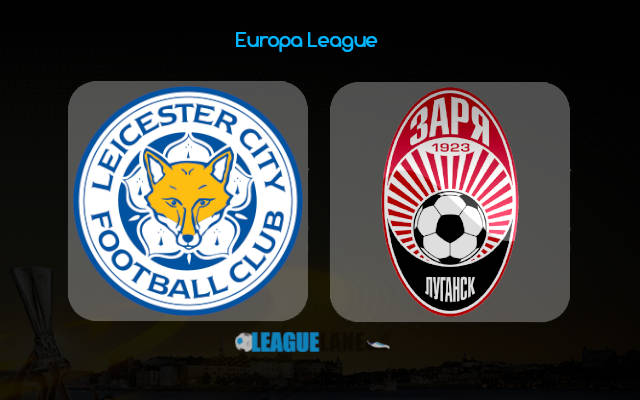 Leicester’s great results from the opening rounds of English Premier League and phenomenal 5-2 victory against Manchester City got overshadowed by some poor performances in the last couple of weeks.

The Foxes have lost the last two domestic matches, both played at home and slipped to 4th place on the standings. This Thursday they will kick of Europa League campaign against underdogs from Ukraine, team Zorya.

The visitors have some experience of playing at this stage of UEL, which they reached back in 2017 but achieved no success.

As expected, hosts are labelled as massive favorites to collect all three points at 1.28 odds.

There were no previous head to head meetings between Leicester City and Zorya.

Losing to West Ham United and Aston Villa in the last two EPL appearances was truly demoralizing for Leicester’s fans. The team didn’t even score one single goal in abovementioned encounters and conceded four. Is it that offense can’t function properly without Jamie Vardy who wasn’t in the team during the weekend against Aston Villa? He is most likely going to miss Thursday’s encounter as well.

Many have seen Foxes compete for the top again after humiliating Citizens a couple of weeks back. They started the new Premier League campaign with three consecutive victories, so we are expecting to see a proper reaction on Sunday against Arsenal.

It is unclear if Brendan Rodgers will mix up the starting roster against Zorya, most likely yes. Cengiz Under would surely love some more space upfront. He didn’t play much since the arrival from AS Roma.

Zorya have been in poor form in Ukrainian Premier League. They are sitting in not so great 9th place with six points from six matches. Interestingly, four out of their last five outings have ended as high scoring draws. This squad scored 19 goals in last eight appearances. We believe they will find a way to Leicester’s net too, but still lose the match.