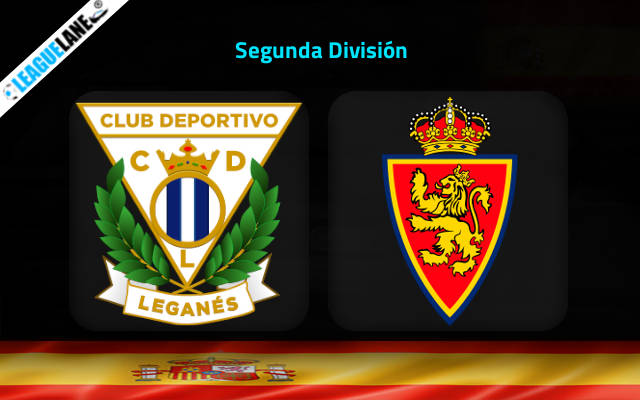 Leganes vs Real Zaragoza Predictions and Free Tips from our expert tipsters when the teams go head-to-head in La Liga 2 on Monday, 19 December 2022.

Leganes are unbeaten in the last nine outings. They are in the twelfth position on the table. They managed to win one point from their goalless draw against Andorra last time. They also have a decent record at their home this season.

At the same time, Zaragoza are just two points behind their counterparts. They won their sixth game of the season as they defeated Huesca by 3-0. Another interesting fact is that they are the only team to have a goal difference of nil.

Leganes have won all four meetings against this team starting in 2020. Moreover, they are unbeaten at home since 2003 against Zaragoza.

Both teams met back in February this year and the host won that game by 2-1. The last time the visitors won an away fixture was back in October.

In the last nineteen years the visitors have won this fixture only twice.

Who will win the match between Leganes and Real Zaragoza?

We are backing Leganes to take all three points from this game. They have an excellent unbeaten record against this team. Moreover, they are on a four-game winning streak as well.

The host have scored at least two goals in their last three wins against this team.

The visitors have struggled to score in this fixture. The host have kept a clean sheet in three of their last four head-to-head meetings. Therefore, we expect the same trend to carry on this time as well.

The first tip is that Leganes will score over 1.5 goals – at 3.00 odd. They have scored at least two goals against this team in the last three meetings since 2021. They also scored two goals against Mirandes in the league recently.

Our second tip is that Leganes will keep a clean sheet – at 2.25. They have kept a clean sheet in three of their last four head-to-head meetings. In the last two years, the visitors have only scored one goal against this team.