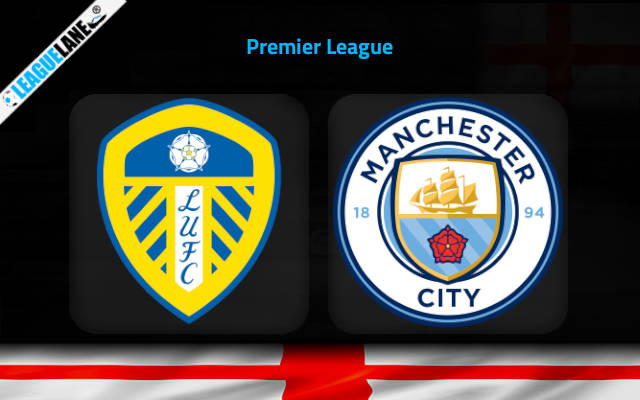 Manchester City continue to be the best team in the competition and they are determined to retain their title that they won the last season. However, they have to be wary about the threat posed by the second-placed Liverpool, who have been in absolutely brilliant form.

On top of that they also have to be worried about the second leg of the upcoming Champions League semifinal against none other than Real Madrid.

In short, despite being the toppers Pep Guardiola’s men are under intense pressure. They have no option but to keep winning.

And it helps that they are pitted against the Peacocks who are placed in the bottom half of the table. Leeds might be slightly recovering after they sacked their manager, but still they are not at the level of any of the top-tier teams.

Surely, they are the underdogs here and their poor h2h record against this opponent just underlines that fact.

By the looks of things expect a win for Manchester City this Saturday.

Leeds were held to a goalless draw on the road the last match-day by Crystal Palace. They were also winless in 18 of their last 20 overall fixtures, and they have won just once at home in the past four-month period.

On the other hand, Pep Guardiola’s men registered a 5-1 win at home against Watford the past game week and then they followed it up with a 4-3 win against Real Madrid in the Champions league.

They have lost just twice in their past 36 overall games and the last they lost on the road was back in the first week of December.

Finally they also have thoroughly dominated this opponent in past clashes.

Taking into account these observations, expect a win for Manchester city this Saturday. And since they have the upcoming Champions League matchup against the Los Blancos, count on them to try and finish off this game in the first half itself.