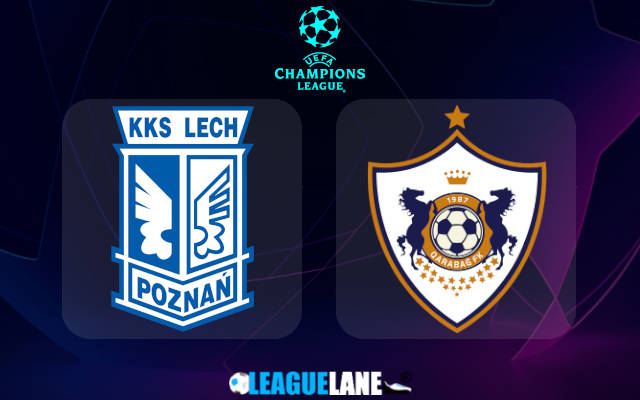 Lech Poznan have been following a decent form of late. They have recorded mostly positive outcomes of recent except for a couple of uncompetitive friendly displays. Their top spot possession in the Ekstraklasa is an addition to their spirits ahead of their Champions League Qualification clash.

On the other side, Qarabag also possesses a decent form at present. They have been recording wins and draws in an equal balance of late. Their form in the Azerbaijan Premier League is also impressive and they are currently at the top spot of the table with a super margin.

The competitive factor between these two outfits is very different. The Premier League where Qarabag plays is not that competitive when compared with Ekstraklasa. In that case, the positive outcomes recorded by Lech Poznan of late will stand tall against that of Qarabag’s.

However, we can’t conclude in favour of Lech in that quick. These are the factors which helps us to end up in a possible three pointer here. On an addition, Lech Poznan possesses the home advantage which is a big factor in determining the chances of these outfits in this competition.

They have never met each other and we can’t have a clear idea on the basis of their competitive strength when playing each other. In that case, we have to go through the form of each of them in the respective patches.

Lech Poznan possesses a decent form at home of late. They have recorded unbeaten outcomes in their league fixtures at home. Excluding that, they have lost the final of the Polish Cup against Rakow having the home advantage in a neutral venue.

On the other side, Qarabag have an impressive on road form in the league outings of late. Excluding that, they have won the Azerbaijan Cup Semi final fixture and lost a Europa League fixture this year.

Analyzing all the above stats, we are of the view that Lech Poznan might end up sealing a win in this match. They have a better strength when compared with Qarabag. However, we expect a tight encounter between them considering their recent form.