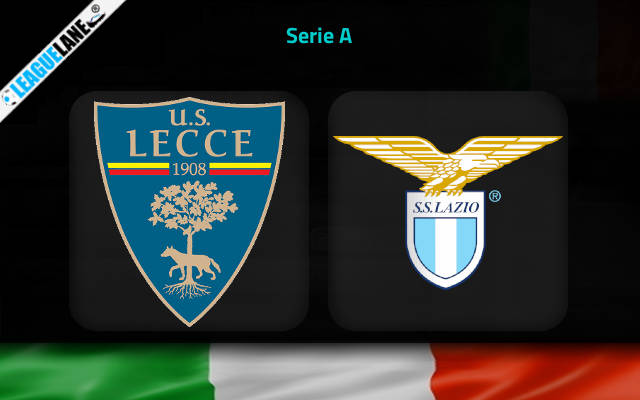 Lecce will try to prolong their three-game undefeated streak in Serie A on Wednesday afternoon as they host Lazio in Matchday No 16 at Stadio Comunale Via del Mare.

Lecce went on the World Cup break with a phenomenal run of back-to-back victories over Atalanta and Sampdoria, shipping just one goal in the process.

The total of seven points they gathered from the previous three league affairs has helped Lecce move eight points clear off the red zone in the Serie A table.

We also have to mention the team’s form at Stadio Comunale Via del Mare where Lecce have lost just two games since the beginning of the season.

These several positive streaks will be on the line for the hosts who are about to face a big test here against the fourth-placed Lazio.

I Biancocelesti are probably one of the most unreliable teams in the league to bet on, especially on travels, but you can by no means underestimate them either.

Maurizio Sarri’s men are eleven points shy of leaders Napoli. They will need to collect points in every single game if they want to stay inside the top-four in the league table and feature the UEFA Champions League football next season.

However, Sarri’s men did not shine in the latest mid-season friendly, falling 2-0 to Spanish side Almeria last week. Can they bounce back here against Lecce?

Lecce have improved their defensive showings in November last year and they are generally a tough nut to crack at Stadio Comunale Via del Mare this season.

This is why we will shoot for the low-scoring stalemate, backing the 1-1 draw as the correct score punt at the 6.00 odds.