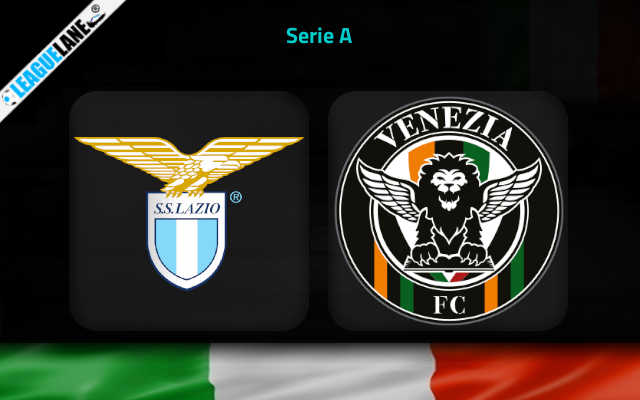 Lazio will have a nice opportunity to back up the last weekend’s win at Cagliari on Monday evening when they host relegation-threatened Venezia in the last game of Matchday No 29 in Serie A at Stadio Olimpico.

Ciro Immobile, Luis Alberto, and Felipe Anderson were on target for I Biancocelesti last Saturday on Sardinia, guiding Lazio to an easy 0-3 victory in the previous round.

The team led by Maurizio Sarri still hve a long way to go before joining the potential battle for the top-four finish.

They currently hold the seventh position in the Serie A table with seven points between them and the fourth-placed Juventus.

The mentioned win at Cagliari ended a four-game winless streak across competitions for I Biancocelesti.

They are heavy favorites here against Venezia who have conceded loads in the last couple of weeks.

The visitors dropped to third from bottom in the league ladder after back-to-back defeats to Verona and Sassuolo in the last two rounds.

Paolo Zanetti’s squad allowed as many as seven goals in the process. They shipped three first-half goals in the home loss to Sassuolo last Sunday (1-4).

This is certainly not the kind of form you want to have ahead of the clash with the second-best attacking line in the entire league.

Ciro Immobile tops the goal-scorers list in Serie A with 20 goals in 23 appearances. He broke the deadlock last weekend at Cagliari and we expect to see him on the scoresheet here against the struggling Venezia.

This should be a one-sided contest from the start to the end and we will back Lazio to have the lead at the half time and win the match at the full time at the odds of 1.95.

Ciro Immobile opened the scoring for Lazio last weekend at Cagliari. He is 2.75 to net the first goal of the game here against Venezia.