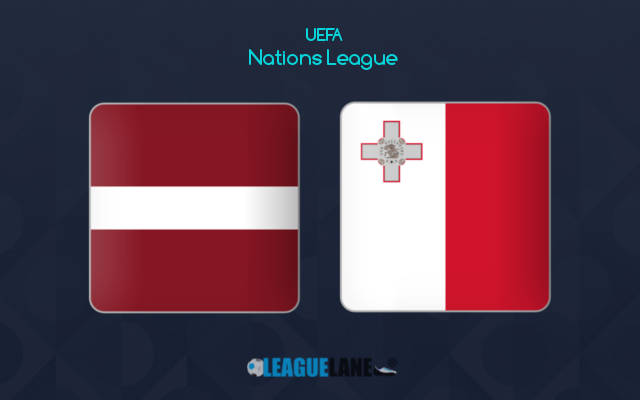 Latvia take on Malta in a must win game of the UEFA Nations Group D fixture.

Both teams are yet to win a game after 3 rounds, Latvia drew all their games while Malta drew 2 and lost once.

Latvia is the highest ranked team in this pool, yet poor finishing is the reason why they are 4 points behind Faroe Islands. They are coming on the back of a 1-1 draw against the Islanders on the weekend.

Malta meantime drew blank with Andorra, their second stalemate on the bounce after starting the campaign with a 2-3 defeat to current group leaders.

The teams drew 1-1 when they met in the reverse of the same fixture on September.

The only other two competitive meetings between the two sides happened during the 2010/11 Euro qualifiers. Latvia won both games with the same 2-0 full-time scoreline.

Both teams are ranked below 150 in FIFA rankings yet Latvia have better players, but so far didn’t deliver the positives for under pressure manager Dainis Kazakevics.

Tuesday is a chance to get this right since they are up against the 186th FIFA ranked side whose last away dates back to 2016. Also that’s is their only win on the road in last 7 years.

Latvia have problems on their own, but they are coming on the back of a 5 match unbeaten run across all competition which includes a 1-1 stalemate against Montenegro few days ago and a solid 1-0 win against Austria.

If you back a bet in this game, home win priced at 1.95 odd is the best choice since double chance or draw no bet offer no value for punters.