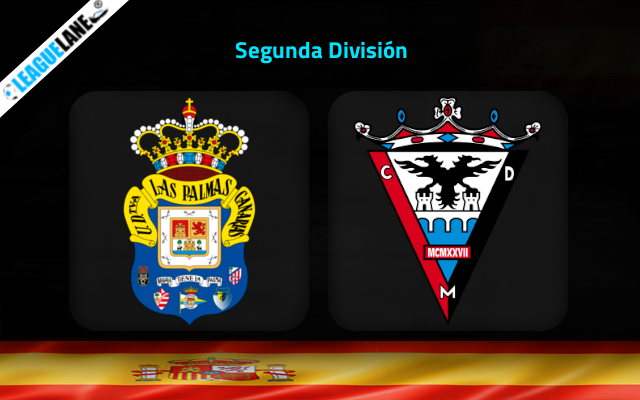 Las Palmas vs Mirandes Predictions and Free Tips from our expert tipsters when the teams go head-to-head in the Spanish Segunda Division on Saturday, 21 January 2023.

Las Palmas have been delivering impressive displays consistently since the beginning of this season. They have recorded the fewest number of defeats in the whole competition.

Meanwhile, Mirandes have managed to climb into a position well clear from the danger zone. They have bagged a total of 11 points from the past five league outings.

Las Palmas are on a two-fixture unbeaten streak against Mirandes. The reverse fixture had ended in a highly competitive 3-3 draw.

At this venue, Las Palmas won three of the past five meetings. Only one of those fixtures had goals over 2.5 ft.

Who will win the match between Las Palmas vs Mirandes?

Las Palmas were unbeaten in 8 of the last 10 home matches. On the other side, Mirandes were winless in 9 of the past 10 road trips.

On top of that, Las Palmas have a slight edge in the recent history of this h2h match-up. Thus, we expect a victory for Las Palmas on Saturday.

Goals are likely to come under 2.5 here. The main reason is that they both have been often recording matches with low-scoring affairs. Especially for Las Palmas, only 5 of their 23 matches saw the landing of over 2.5 goals.

Las Palmas owns the second best defensive side of this season. Moreover, they have managed to record a clean sheet in three of the last four h2h matches against Mirandes at this stadium.

On the other side, Mirandes have failed to score in three of the last five road trips. Therefore, both teams to score option is unlikely to land in this match.

The decent home form of Las Palmas and upper hand against Mirandes in the h2h tradition forces us to back them to seal a win here.