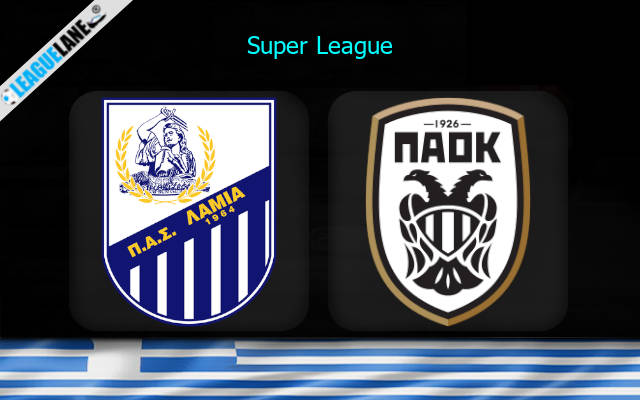 Lamia vs PAOK Predictions and Free Tips from our expert tipsters when the teams go head-to-head in the Greece Super League on Saturday, 07 January 2023.

Lamia have a 100% winless record this season so far barring a single fixture. They have lost and drew seven fixtures and are sitting at 13th position in the standings.

PAOK will be their next fixture’s opponents and it won’t be an easy outing. The guests are on a five-fixture unbeaten streak in the league and are currently at fourth position in the league standings.

PAOK have been the dominant force in the history of this head to head match-up. They have a 100% unbeaten record against Lamia.

At this venue, PAOK have a 100% winning record barring a single drawn fixture. The latest encounter ended in a 0-2 win for PAOK.

Who will win the match between Lamia vs PAOK?

Lamia are on a four-game winless streak at home and doesn’t seem to have any shape to seal a win over this PAOK outfit.

Knowing that PAOK follows a four-game unbeaten streak on the road, we have enough of reasons to expect a win for them on Saturday.

Only one of the last five road trips played by PAOK saw goals over 2.5 ft. Their h2h tradition with Lamia have also been low-scoring affairs. In that case, we don’t expect an over 2.5 goals scenario at Athanasios Diakos Stadium on Saturday.

PAOK defense have been so hard to crack down of late. They have recorded a clean sheet in four of the last five league matches.

Lamia are having an average attacking side and have not scored a goal against PAOK in five of their total six h2h meetings here. Thus, we don’t expect a both teams scoring scenario here.

This match is a great chance for the guests to maintain their unbeaten streak. We expect a 0-2 win for them and like to place it as the main betting pick at 6.00 odds.

Its on rare occasion that we saw goals from both ends of Athanasios Diakos Stadium when these two locked horns. Therefore, Both teams to score: No is our second pick at 1.57 odds.