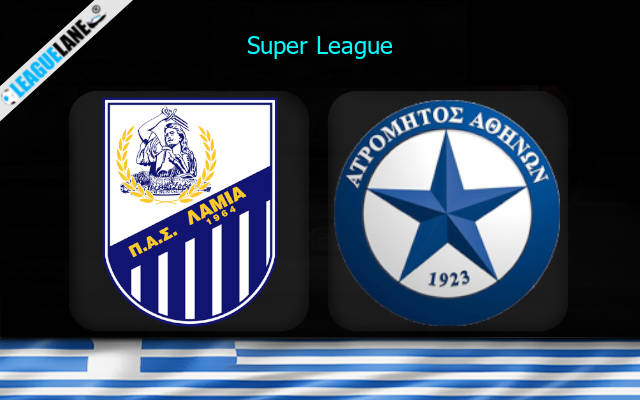 Lamia vs Atromitos Predictions and Free Tips from our expert tipsters when the teams go head-to-head in the Greek Super League on Saturday, 14 January 2023.

With a single win to their name so far, Lamia are possibly one of the worst teams in the whole league. And to make matters worse, only one other team has conceded more goals than them.

Meanwhile, Atromitos are placed seventh in the table, and their immediate objective would be to close down the gap to a top-six spot. It boosts their confidence that they have a superior h2h record against this rival.

Atromitos are unbeaten in h2h clashes in the past four years. They scored two or more goals in two of the past four meetings, and kept clean sheets in four of the last six encounters.

Moreover, only once have the hosts won at this ground since 2000.

Who will win the match between Lamia and Atromitos?

Lamia have a single win to their name all through this league season, and it came three months back, against the relegation-threatened Levadiakos.

Meanwhile, Atromitos are fresh off a 2-0 win against Ionikos, and also have an unbeaten record the last two months – barring just two defeats. In addition, the team also has a good h2h record over the past several years.

For sure Atromitos have the upper hand this Saturday.

Not only are Lamia one of the worst sides in the league in terms of defense. But the last they kept a clean sheet was three months back. Their backline has been unable to rise to the occasion at least at home, and as an added worry, they have a habit of conceding in plenty in h2h meetings.

Likely, we could expect goals to come in huge numbers.

Continuing from before, Atromitos might have the edge this weekend, but they certainly are not a good defensive side. In fact, they have a single clean to their credit on the road, going back to May of 2022.

As such, chances are high that both teams will find the back of the net.

Lamia are in extremely poor form, and are struggling with their defense. As a matter of fact, they are a prime contender to get relegated. On top of that, they have a worrying h2h record in the last four years.

Atromitos, who are in comparatively better form, are expected to post the three points this weekend. The odds for their win are placed at 3.00.

Coming to goals, both teams are struggling with their defense. Even favorites Atromitos have been finding it hard to keep clean sheets on the road going back to previous season.

As such, the Both Teams to Score wager placed at an odd of 2.00 appears to be a value pick.