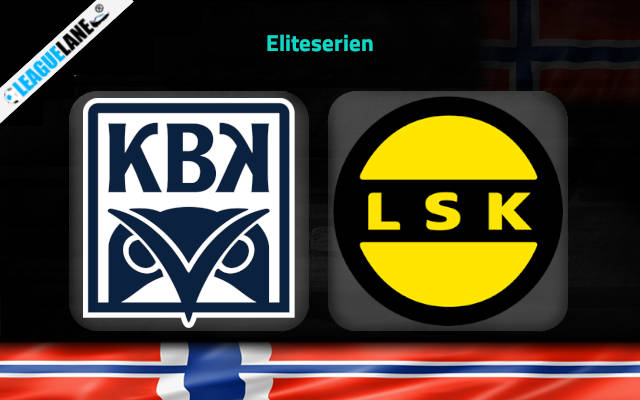 Lillestrom have been the absolute best team in the competition so far this season and as expected they are placed at the top of the table.

They have lost just once all through the campaign and they have scored the most number of goals in the league, as well as have conceded the least.

Meanwhile, Kristiansund are the absolute worst team in the Norwegian top flight the season and they are placed bottom-most in the table. They are on a long losing streak and they are letting in goals in alarming numbers.

They have been in such a mess that disregarding a single draw, they have a 100 percentage losing record and it also deserves to be mentioned that they are the only team yet to register their first win of the season.

By the looks of things, expect a victory for the in-form Lillestrom.

Kristiansund were winless in 13 of their 15 overall fixtures, and they had also lost 5 of their past 6 fixtures. Do also note that they had let in 2 or more goals in 7 of their past 11 games.

Going on, they had also let in 2 or more goals in 7 of their previous 10 appearances at this ground.

On the other hand, Lillestrom were unbeaten in 18 of their former 21 overall fixtures, and in the process they had gone on separate 3-game and 5-fixture winning streaks.

They were also unbeaten in 8 of their past 9 road trips, and they have scored two or more goals in 7 of their last 9 away fixtures.

Taking into account these observations, expect a victory for the toppers Lillestrom this Sunday.

Tips for Kristiansund vs Lillestrom