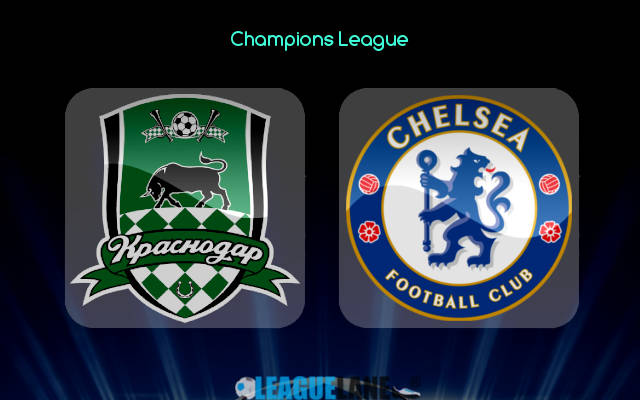 Chelsea are hoping to secure first victory this Wednesday on a long trip to Russia. They will face Krasnodar, very unpredictable team which had great results in the qualifiers.

Group E of this year’s Champions League is going to be exciting judging by the early results. All four teams have one point after the first round.

Bookies are heavily favouring the visiting side who are currently priced at low 1.44 odds to win the match.

The hosts were lucky to snatch a point from last week’s duel against Rennes in France. Can they cause another upset and cause troubles for The Blues?

There were no previous head to head matches between Krasnodar and Chelsea in the past.

Krasnodar have been underperforming this season in Russian Premier League. The Bulls are sitting in 8th place after 12 rounds, managing to collect only 18 points which is much less in comparison to the previous campaign.

Table leaders Spartak Moscow are nine points ahead, increasing the gap during the last weekend after beating Krasnodar at this stadium 3-1 FT. Coach Murad Musaev can only be satisfied with the form of Marcus Berg, Swedish striker who scored five goals in Premier League so far.

In last week’s UCL duel against Rennes, Krasnodar were heavily outplayed but also lucky to escape with one point. The only goal for the Russian side was scored by Cristian Ramirez.

It is been almost a month since Frank Lampard’s side achieved victory. Their last three games across all competitions have ended without winner, featuring shocking 3-3 home draw against Southampton, followed by goalless matches against Sevilla and Manchester United.

Keeping three clean sheets in the last four outings is encouraging though, which is why we will back away win to nil’ bet here.