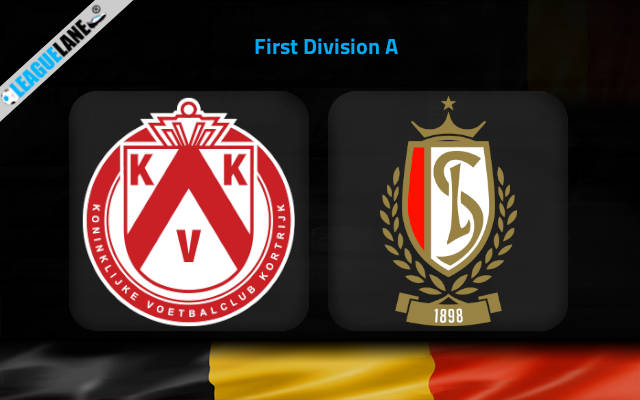 In game week 32 of First Division A, Kortrijk faces St. Liege for their next match on Sunday at Kortrijk.

Kortrijk had started the season better than their current performance, earning mixed results from the matches. However, from the last ten matches, Kortrijk has only got one win, two draws and lost in seven. The team has moved down the table to 12th position. From their matches so far, the team has got 37 points.

St. Liege has not had much luck with winning in their matches. From their last ten matches, the team has won in only two of their matches. Their poor performance has placed them 13th on the league table with 33 points from their matches.

They played their last match against RFC Searing. They had kept the match draw in the first half. But Searing scored a goal in the second half and maintained the lead until the end. The match ended in a loss for St. Liege with 0-1 FT score.

Kortrijk and St. Liege are in the same boat when it comes to their performance. They have not played well in their recent match and have lost in most of their recent matches. Kortrijk has lost consecutively in the last three matches while the visitors have a two-game unbeaten streak going on.

Even Kortrijk’s home matches have not produced the results they had hoped for. Similarly, St. Liege’s recent road trips have achieved mixed results.

Looking at the matches, Kortrijk has more chance of winning the match than St. Liege. Four of the last five matches of the visitors have ended goalless for them, while the host has scored in three. So, the match is most likely to end in a draw or in a win for Kortrijk.