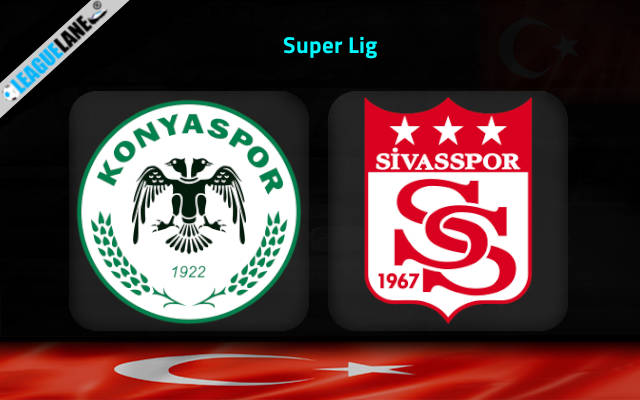 Konyaspor vs Sivasspor Predictions and Free Tips from our expert tipsters when the teams go head-to-head in Turkish Super Lig on Wednesday, 4 January 2023.

Konyaspor are on a long unbeaten run, and credit to them where it’s due. But they really need to start converting their draws into wins, or it’s valuable two points down the drain despite all of their efforts.

Meanwhile, Sivasspor are in deep trouble. They are placed 17th in a table of 19, right in the clutches of the relegation zone. They have a total of just three wins all through the campaign, and barring just two match-ups, they have a 100% losing record on the road.

The last time these two locked horns, Sivasspor did win 0-1 at this venue. But the story has changed a lot since then.

Moreover, if overall record at this ground is considered, the hosts do have a clear dominance. They have lost just thrice at this stadium in the past two decades, and all along they scored in plenty.

Who will win the match between Konyaspor and Sivasspor?

Konyaspor do have everything in order to snatch the three points on offer this Wednesday. They are defensively sturdy, and are consistent too. But the only issue being their tendency to register draws even from winning positions.

This time around they do have a struggling opponent, Sivasspor, who are contenders to get relegated. As such, hosts Konyaspor are the pick to record the win this game week.

This one seems a little far-fetched. Konyaspor are determined to put an end to their string of draws, and will be determined to go after the three points. It is a doubt if they would allow the out-of-form offense of the visitors to have much say in the game.

Konyaspor have been really consistent lately, and they are now ready to go after a spot in the top-most tier. They also have managed to be the better team in h2h clashes at this venue over the course of the past two decades.

A win for them is placed at 2.00 odd, and against a relegation threatened Sivasspor, it has great value.