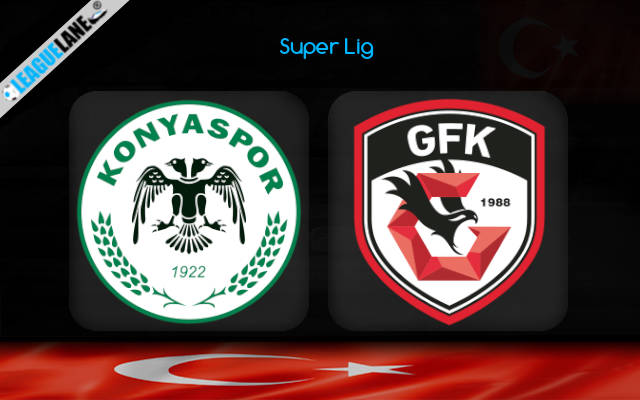 Konyaspor has been on a superior form all through the previous season and it seems that they carried over this momentum to the new season as well. Things are finally heating up for the team after a slow start caused by back-to-back drawn fixtures.

Going on, they have a 100% unbeaten record this season barring a single defeat against one of the top performing clubs in the Turkish topflight, Galatasaray.

Do also note that they had scored goals three times to the number of goals they leaked so far in this season.

Meanwhile, Gaziantep seems to have carried their dismal form from the previous season in the last four Super Lig games.

They are on a 5-fixture winless streak in the league currently and had lost 3 of those. It deserves to be mentioned that they had let in a total of 8 goals in the stretch while scoring just 5.

By the looks of things, it is easy to understand why the bookies considering hosts to claim the spoils here at the 1.80 odds. Expect a pleasant display from the home side on Saturday evening.

The Eagle is in the form to give a tight competition even if they faces the current table topper in this stadium. Being said that, they won’t have a hard task to seal a victory over this Gaziantep on Saturday.

In addition, Konyaspor will head into this game with highest of spirits as they are unbeaten in the last decade against this opponent at Konya Buyuksehir Belediye Stadium.

Considering all these observations, expect a victory for the home side Konyaspor on Saturday.