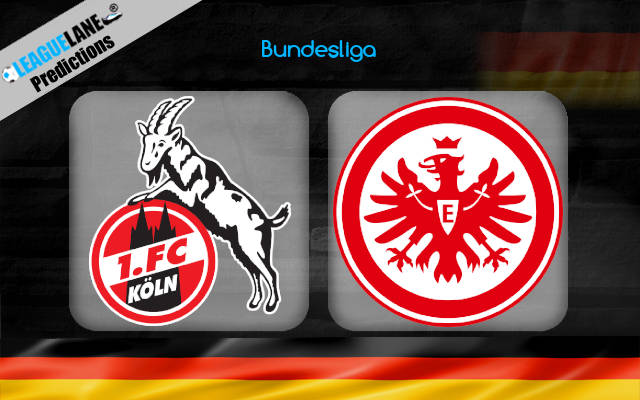 The Eagles have been one of the top-performing teams in the Bundesliga over the past few seasons, and they had finished marginally below the Europa League cut-off the last campaign.

Meanwhile, the Billy Goats are one of the least experienced sides in the competition, and it was in full display the previous campaign, as they managed to end up a single spot above the relegation line.

Going on, both teams have continued with their respective form in 2020-21 as well. Adi Hutter’s men have been unbeaten so far and have placed themselves in the top-most tier. On the other hand, Markus Gisdol’s men are in the relegation zone with a 100% losing record.

In addition, the Eagles also do have a good h2h record against this opponent in the recent years.

Likely, expect Frankfurt to have the upper hand this weekend.

The Billy Goats lost 1-3 at home the last match-day, against Monchengladbach. In the meantime, the Eagles recorded a 2-1 win at home against Hoffenheim.

As things stand, Hutter’s men have a huge upper hand this Sunday. Not only are they unbeaten so far in the Bundesliga, but they also have a 100% winning record disregarding their sole draw against Bielefeld.

In fact, barring the 1-1 scoreline in that Bielefeld fixture, the team has scored two or more goals in all of their games this season.

Meanwhile, their opposite number have lost all of their fixtures till now, and have conceded three or more goals in all but one match-up. They have also been one of the weakest teams in the competition in the past two seasons, and before that they were not even in the top flight.

In addition, the Eagles also have a dominating h2h record against this opponent in the previous three years.

Taking into account all these observations, expect Frankfurt to keep their unbeaten run alive this weekend.