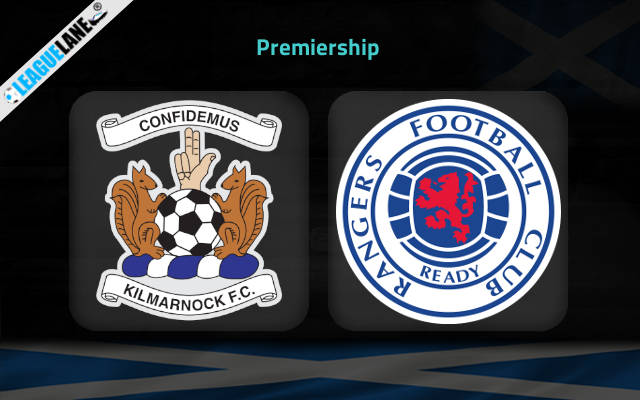 Kilmarnock vs Rangers Predictions and Free Tips from our expert tipsters when the teams go head-to-head in Premiership on Wednesday, 18 January 2023.

Rangers have a lot of work to do as they are trailing eight points behind league leaders Celtic. They defeated Aberdeen recently in the Scottish League Cup. They are unbeaten in their away trips starting in November.

Meanwhile, Kilmarnock are in a difficult situation as they played against the top two teams of the league back-to-back. They conceded their eleventh defeat of the season as they lost to Celtic recently.

Rangers are on a four-game winning streak against this team. Both teams last met back in August and the visitors won that game by 2-0.

It has been nearly two years since the last time the host won this game at this ground.

Who will win the match between Kilmarnock and Rangers?

The host are going through a downfall. They are struggling to win against mid-table teams. Not to mention that they have lost eleven games till now. Therefore, we can expect the visitors to win this fixture.

It is worth knowing that in the last four encounters, the game ended with not more than two goals being scored. We can expect the same trend to occur this time as well.

It is unlikely that both teams will score. This is after considering that Kilmarnock have not scored in the last four consecutive head-to-head matches against this team. They did not score any goals against St. Mirren in their last home match as well.

The first tip is that Rangers will win this game by 2-0 – at 7.00 odd. They won the August fixture by scoring two goals. Against Dundee United as well they scored two goals. They have scored at least two goals in their last three wins. This new trend started from late December.

Our second tip is that Under 2.5 goals will be scored – the odd for this tip will be at 2.30. The host have not scored in this fixture since 2020. They have struggled to score against Rangers at this ground as well.