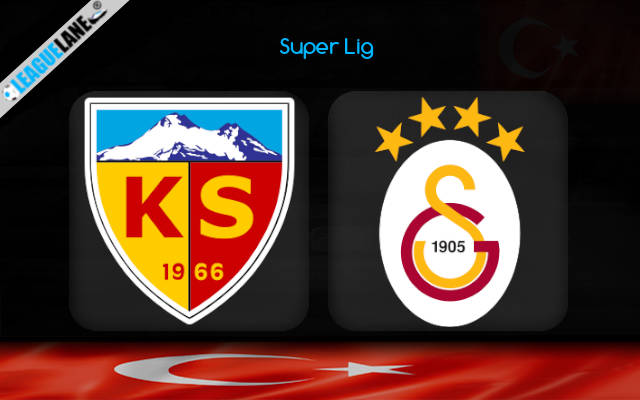 The Turkish Super Lig match at Kadir Has Stadium on Saturday will see home team Kayserispor up against Galatasaray.

Kayserispor had to settle for a finish slightly above the relegation cut off. It seems that they have carried over the dismal form even to this new campaign. They have been struggling for consistency in posting points on the table this season.

The team had a good start to their September fixtures. However, their performance have gone downhill. They are currently following two back-to-back winless matches. As a result, they are now placed 8th spot of the table.

Going on, they are now on a 5-game unbeaten streak in the league. It deserves to be noted that the team scored a total of 7 goals in their past 3 fixtures alone.

The above reasons are more than enough to expect a victory from Galatasaray in this game. Even with the home advantage, Kayserispor does not have the edge in the head to head recordings here.

Just as expecting Galatasaray to bag a win, we also like to back the Over 2.5 Goals along with it considering the head to head stats and the recent goal scoring trend of both these outfits.