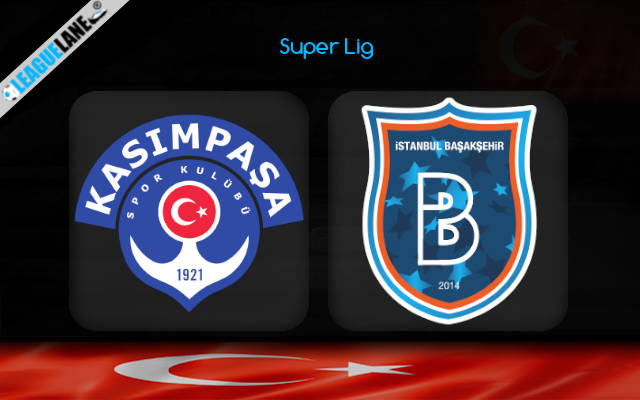 Kasimpasa vs Istanbul Basaksehir Predictions and Free Tips from our expert tipsters when the teams go head-to-head in the Turkey Super Lig on Saturday, 21 January 2023.

Kasimpasa is struggling for consistency since the beginning of this season. They have lost three of the past five meetings and are sitting at the 14th position, one spot above the relegation zone.

Meanwhile, Istanbul Basaksehir have been delivering impressive displays consistently and are sitting at third in the standings. They have won three of the past five league outings.

Basaksehir have been the dominant force in the recent history of this match-up. The reverse fixture had ended in a 4-0 win for Basaksehir.

At this venue, the hosts are on a three-game winning streak against Kasimpasa. Four of the past five meetings at this stadium had goals over 2.5.

Who will win the match between Kasimpasa vs Istanbul Basaksehir?

On top of that Basaksehir is having a strong h2h form against Kasimpasa lately. Thus, we expect a victory for Istanbul Basaksehir on Saturday.

Basaksehir owns a strong firepower and have been scoring goals consistently. They have scored a total of 8 goals in the past four road trips.

Kasimpasa have been also scoring goals at home lately. The attacking side of both teams seems capable of delivering an over 2.5 goals display here.

We have mentioned about the attacking side of both the teams earlier. We expect this match to have goals from both ends when these two teams with such an attacking side meets.

The h2h upper hand of Istanbul Basaksehir with their current form in the league is the main reason for bookies considering them as the favorites here.

We like to place Istanbul Basaksehir to win at 2.30 odds as the main betting option here. For the second tip, we like to place the both teams to score option at 1.80 odds.