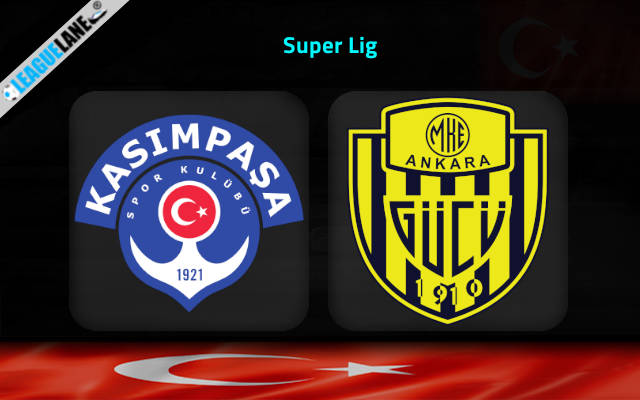 Manager Ömer Erdoğan and his team made amends by winning their third game of the season against Hatayspor. This victory was much needed for him, as his team earlier lost to Fenerbahce. Now they will look to build on this as they will travel to Recep Tayyip Erdoğan Stadyumu to play against Kasimpasa.

Three second-half goals were enough for the visitors to win by 4-1 against Hatayspor. They are making slow progress this season. Two victories in their last four outings helped the team leave the relegation zone.

On the other hand, the host had to settle for a 1-1 draw against Konyaspor in their most recent outing. it was Haris Hajradinovic who scored the opening goal in that game. The team is facing a winless drought as they only won a single game last month.

As far as Şenol Can’s side are concerned, the team’s first objective is to win this game. They will aim to avoid losing any further points as it will take them to the relegation zone.

It is important to note that, they have lost 50% of their matches this season.

You can back the following as our first tip for this game is that Kasimpasa will score over 1.5 goals – the odd for this tip will be at 2.10. In the last four victories at Recep Tayyip Erdoğan Stadyumu the host have scored a minimum of two goals.

Moving on, our next tip for this game is that Kasimpasa will win this game – odd for this tip will be at 2.15. The host have a good winning record at home against Ankaragucu. In the last fourteen years the visiotrs have only won once at Recep Tayyip Erdoğan Stadyumu.