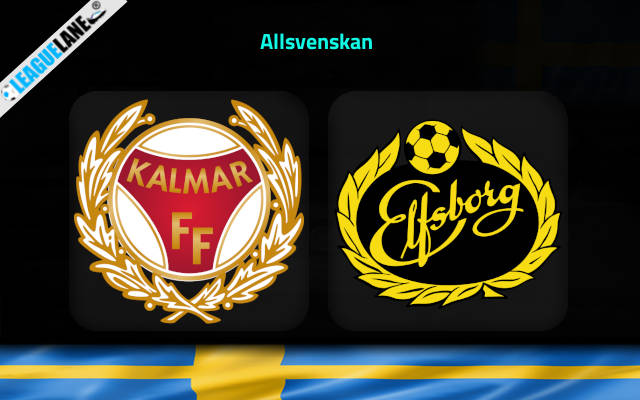 Matchday 10 of Swedish Allsvenskan is set for this weekend as Kalmar play host to Elfsborg where both these sides differ by just a point but are separated by 2 places. These two teams will be seen clashing at Guldfågeln Arena, this Sunday.

Kalmar is at the 6th spot on the standing with 21 points from 14 games. They won 6 times in the league while drew on 3 and lost on 5 other occasions. The opposition defence will have to be at their best today if they’re to stop the hosts from scoring. The home side has scored in the last 6 games at Guldfågeln Arena.

The hosts won’t want a repeat of their last result here after a 0-1 Allsvenskan loss in their previous game against AIK. They have given the opposition little, with the total number of goals that have gone past their goalkeeper during their last 6 clashes stands to four.

On the other hand, Djurgarden resides at the 9th spot on the table with 20 points. Of the 14 matches played, they won and drew 5 times each while having lost 4 other occasions. They have been solid at the front end of the pitch with 26 goals scored so far while they need some defensive adjustments.

Since a 0-3 losing effort in their last game against Molde in Conference League qualifiers action, Elfsborg will be hoping to turn things around here. They have been a threat going forward of late, scoring 10 goals in their last 6 matches.

Kalmar haven’t won against Elfsborg in their previous 7 matches in the league. But they are undefeated in their last 4 home league matches.

The hosts have seen 3 of their last 5 league games to end in stalemates while 3 of Elfsborg’s last 5 fixtures have also ended in draws. However, the visitors haven’t won away from home in the past 4 league matches.

Both teams have scored in 5 of the last 6 league meetings and we’re expecting more of the same from the pair this weekend. A draw or win for home side seems likely.