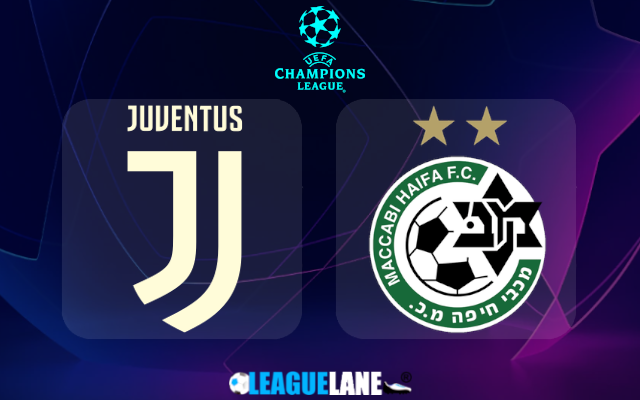 Neither Juventus nor Maccabi Haifa have started off this Champions League season decently. In fact, both the outfits have lost all their previous 2 group stage fixtures.

Juve’s previous fixtures include a home meeting with the Portuguese side Benfica and an away clash with the French side PSG. They lost both leaking 2 and scoring 1 apiece.

Going on, Juventus go into this game following a 3-0 Serie A win to defeat Bologna in their last fixture.

Also, Juventus are big favorites at home to Israel champions.

Meanwhile, Maccabi Haifa come into this clash following a 2-0 Ligat Ha’al win against M. Tel. Aviv in their most recent match.

They were on the back of a 2-fixture losing streak before claiming the above mentioned win. Do also note that they had let in a total of 6 goals in the previous 3 overall fixtures.

On top of that they rather have an inferior head to head record against Juventus in the history of this match-up.

By the looks of things, expect a winning performance from the home side Juventus on Wednesday.

The Old Lady desperately need a win here and we believe they will get one. After all, Juventus did show somewhat better displays at home than on the road so far in the Italian topflight this season.

Juventus were unbeaten in 5 of the past 6 appearances in front of their home crowd and had scored a total of 12 goals in the stretch. However, since they conceded a total 5 goals, we like the home win and Both Teams to Score bet at the 3.05 odds.