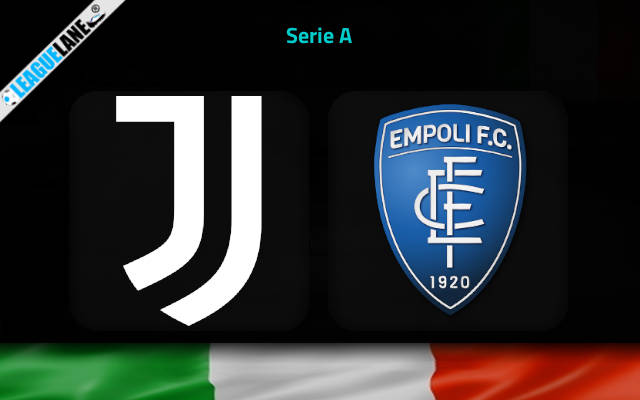 Juventus are searching for their first win of the 2021/22 Serie A campaign on Saturday when they host Serie B champions Empoli on Matchday No 2.

Although Juventus got off to a flying start to the season opener at Udinese through blitzkrieg strikes from Paulo Dybala and Juan Cuadrado, I Bianconeri had to settle only for a point.

The new-old manager Massimiliano Allegri was not the happiest man in the world after seeing his back line shipping a couple of second-half goals last weekend at Dacia Arena.

Allegri was appointed once again to turn Juve’s fortunes around following the team’s subpar campaign under Andrea Pirlo on both domestic and continental levels.

Nevertheless, the man who won 11 titles during a five-year spell at Juventus (2014 to 2019) is facing problems with the situation in his dressing room right at the start of the season.

Cristiano Ronaldo allegedly wants to make a move before the end of the transfer window and he only came on from the bench to play the final 30 minutes of the last weekend’s game at Dacia Arena.

You should all thus be careful with stakes if you are thinking of backing Juve’s win at miserable 1.22 odds here.

The hosts are clear favorites, but their defense could struggle to keep hold of the top scorer of the previous term of Serie B, Leonardo Mancuso.

Mancuso is now partnered with Wolves’ loanee Patrick Cutrone who is looking to get his career up and running in his home country.

It will be very interesting to see if this Empoli attacking line will be able to exploit Juventus’ defensive holes at this stage of the season.

Empoli revealed defensive holes of their own on the opening day, shipping three first-half goals at home to Lazio (a 1-3 defeat). This match thus has goals written all over it and we are very much tempted by the 2.10 odds offered for the Over 3.5 goals FT pick.

The value can also be found in backing the hosts to win with the option of both teams scoring at the odds of 2.62.