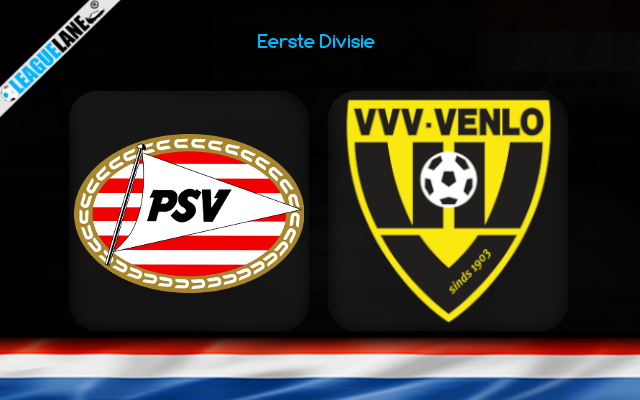 Jong PSV vs VVV-Venlo Predictions and Free Tips from our expert tipsters when the teams go head-to-head in the Dutch Eerste Divisie on Monday, 23 January 2023.

Jong PSV were having a decent form before conceding a defeat to Breda on the road in their previous league fixture. The gap between them and the safe zone increased to six points after that defeat.

They won’t be having an easy match-up on Monday as they faces VVV-Venlo who is currently inside the safe zone. Moreover, Venlo follows a six-game unbeaten streak in the league.

Jong PSV have been the dominant force in the recent history of this match-up. However, the reverse fixture ended in a 1-1 draw.

The hosts can rely on the recent tradition at this venue since they won the previous two encounters against VVV-Venlo. All the clashes between these two at this venue saw the landing of both teams to score and over 2.5 goals ft.

Who will win the match between Jong PSV vs VVV-Venlo?

Going on, Jong PSV have an upper hand in the h2h tradition but we can’t predict them as a clear winner here considering the impressive form of VVV-Venlo on the road.

We expect a goal fest on Tuesday. The impressive attacking side of both these teams assures that. On top of that all of their h2h meetings at this venue had goals over 2.5.

The defensive side of both these teams are so weak and doesn’t seem capable of bagging a clean sheet from this fixture. Since we saw them both scoring in every matches they met at this stadium, expect goals from both ends of De Herdgang.

We expect an interesting, highly competitive match-up on Tuesday when these two teams lock horns. The home advantage and h2h upper hand inclines us to back Jong PSV, but not as a clear winner considering the impressive form of VVV-Venlo.

We therefore like to place a draw no bet option in favor of the home side at 1.66 odds. For the second tip, over 2.5 goals at 1.72 is quite a good bet considering the attacking and defensive side of these two teams.