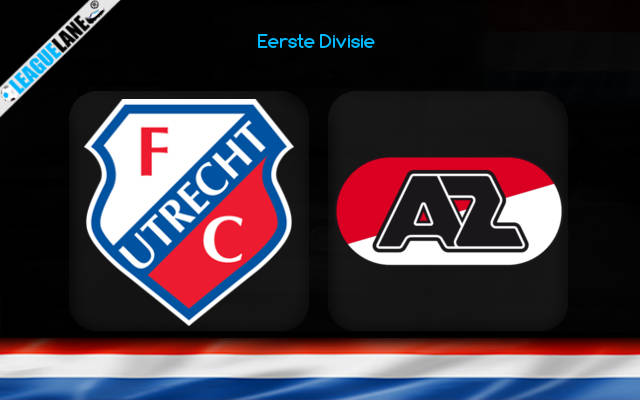 Utrecht are by far the worst team in the entire Eerste Divisie this season, and deservedly are placed bottom-most in the table. They are on a long losing streak, and are letting in goals in huge numbers.

Meanwhile, AZ are in possession of a top-eight spot, and they have two games in hand too. If they play their cards right, they could further improve their position in the table.

AZ recorded a 0-1 win in the latest encounter, and as per expectations they have the better h2h record over the years. In fact, they registered wins in three of the past four overall meetings.

And only once were they denied from scoring at this venue in the past decade – which happened in 2017.

Who will win the match between Jong FC Utrecht and Jong AZ Alkmaar?

AZ are strong contenders to post the three points this Monday on the table. Not only are they in good form, but they have a dominant h2h record against this rival over the years – and at the same time Utrecht are easily the worst in the league too.

Utrecht have poor defense, and are conceding goals consistently. On top of that they are desperate, and this will only lead them to making even more mistakes. Chances are high that we are about to witness a high-scoring match-up this Monday.

Despite the upper hand AZ possess in this upcoming fixture, the probability of them recording a clean sheet is quite low. Not once have they managed to do so on the road this whole season.

Jong AZ are well-primed to deliver a winning performance this Monday against the dead-last placed Utrecht. As such, AZ to win at an odd of 2.40 seems to be a great pick.

However, their defense has not been that strong or consistent lately, and for the reason the Both Teams to Score at 1.60 odd appear to be a good complement pick.