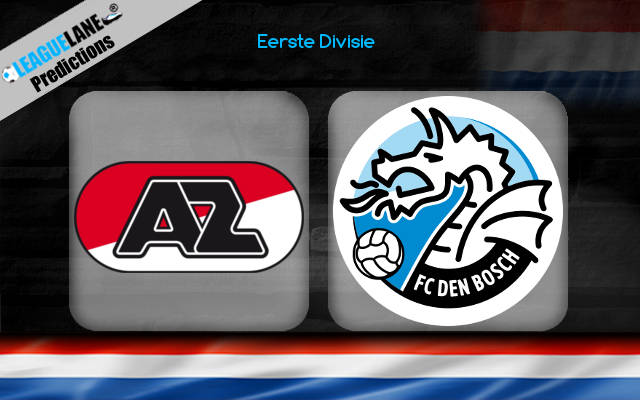 AZ have been on a course to get relegated for quite some time now. It’s been almost three months since they have recorded a win now, and all along, they have been conceding goals in huge numbers.

Meanwhile, Den Bosch too have been experiencing some issues with form lately. But that could be attributed to a tough schedule. They are finally locking horns with a struggling opponent, and the team would be determined to make this count.

Expect Bosch to have the upper hand this Monday.

AZ lost 3-2 on the road the last match-day, against Den Haag. They are also on a three-game losing streak, and had lost six of their past eight fixtures.

Going on, they had conceded two or more goals in three of their former five matches, and they have a single clean sheet at home since August.

On the other hand, Den Bosch had won four of their past seven games, and they also have a superior h2h record in the past years.

By the looks of things, expect a win for Den Bosch this Monday.

And taking into account the defensive issues for both teams lately, expect a high-scoring affair as well.