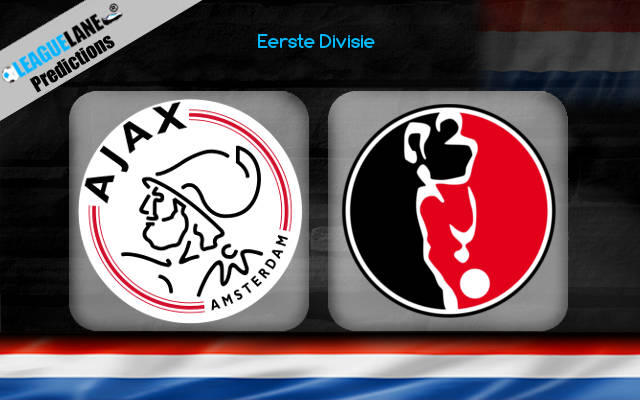 Jong Ajax, like their parent team, are one of the most dominant teams in their league. They are on a great streak of performances at the moment, and they are one of the contenders to secure a top-three finish.

Meanwhile, Helmond are one of the worst teams in the league, and are going through a dismal run. They have particularly been a mess on the road, and have a poor h2h record against this rival as well.

By all means, expect a win for Ajax this Monday at their home.

Ajax are on a ten-match unbeaten run, and eight of these were wins. They had also won six of their past seven appearances at home, and had slotted in a total of 22 goals in the process.

On the other hand, Helmond were winless in nine of their former ten matches, and they have a total of three wins on the road since November of 2020.

Recent form, as well as past h2h results pick out Ajax as the favorites for this upcoming encounter.