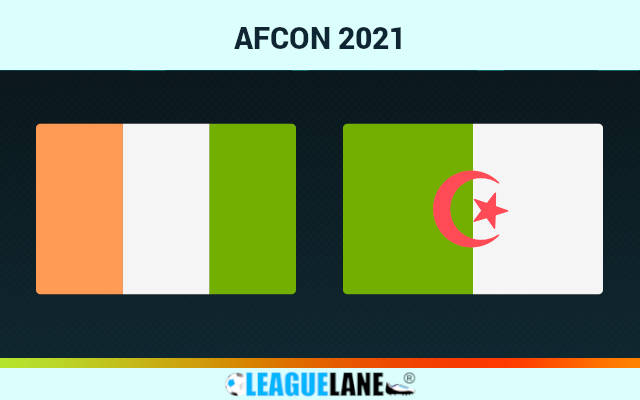 Ivory coast registers two unbeaten games since they begin the 2021 Africa cup of Nations campaign. They started off with a win and then they played a tight match against Sierra Leone which ended up as 2-2 stalemate.

They are currently on the top of the group and are all set to welcome Algeria when they both lock horns in the third round of AFCON on Thursday at Japoma Stadium.

Meanwhile, Algeria, the big favorites before this fresh AFCON season raised its curtain, have been disappointing as they are yet to register a win after playing two opening rounds.

They drew to Sierra Leone in their first match and conceded a defeat against Equatorial Guinea in their second. They are currently at the bottom of the group and will be hoping to gain their lost momentum.

Algeria are the reigning champions of the competition, an were expected to bag another one before they started this season. But they shocked everyone and started the group stage very badly bagging only one point from the first two games.

They also snapped their unbeaten thread for 28 games after they lost to Equatorial Guinea in their last game. Therefore, they won’t be having a better spirit before entering into this tie.

They still holds a 14 game unbeaten thread at home and are expected to not to lose on the back of those away games. When they face the hosts who holds an 8 game streak of unbeaten games at home, we expect them to extend that thread but not with a win.

Therefore, we are anticipating a tight encounter with both the teams ending up canceling each other in this score draw at Japoma Stadium.