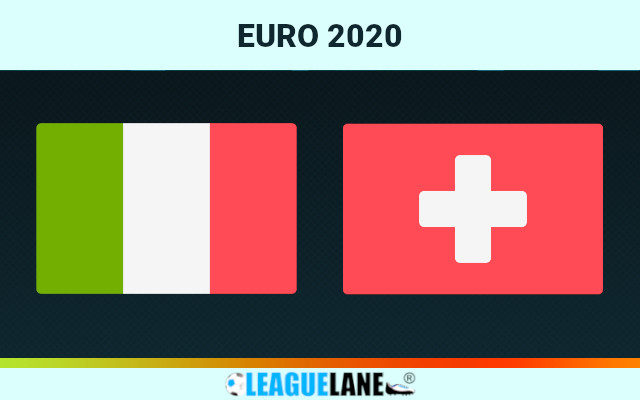 Italy started the Euro 2020 in stunning style with a 3-0 win over Turkey and they look for the same against Switzerland in the second group A game at Rome on Wednesday.

It was nothing short of a perfect show by Italy in the tournament opener, they dominated every aspect of the game and won plaudits with their fluid football. Everything fell in their way, defense untested, the likes of Ciro Immobile and Lorenzo Insigne bagged morale boosting goals.

A win here on Wednesday will confirm their ticket to the round of 16, regardless of the results elsewhere.

They can expect a different kind of test against Switzerland on Wednesday, who are coming after a disappointing 1-1 draw with Wales. The Nati were the better team throughout the 90 minutes, had several chances, some missed and rest saved by the brilliance of Danny Ward in goal.

The team managed by Vladimir Petkovic has a mountain to climb from here, everything depends on the result between Turkey and Wales, early kick off the same day.

Roberto Mancini has no reason to change the playing eleven that performed admirably on matchday 1.

Marco Verratti is the only player short of fitness in the Azzurri squad and there is no need to rush him back to the squad.

Vladimir Petkovic is most likely to stick with the eleven that started against Wales. He made just 2 substitutions in the match, more or less to manage the score that didn’t work in his favour.

The teams are meeting for the first time since 2010 and haven’t met in a competitive fixture since 1999.

Out of overall 58 meetings, Italy won 28 and drew 22 while Switzerland emerged victorious on 8 occasions.

As a home team, Italy are unbeaten against Switzerland in the last 7 with 6 wins. The Azzurri scored at least 2 goals in each of those seven games.

After the win against Turkey, Italy is one of the top favourites at the Euro this time and I cannot see them stopping at least in the group phase. One of the positives is that they didn’t concede possession or stop looking for goals even when the scoreboard was 2-0.

This sounds bad news for Switzerland, whose record in Italian soil is poor. Their defense is not as strong as perceived by most media outlets and tends to waste a lot of scoring chances. And the scoring chances will be premium against the likes of Chiellini and Bonucci.

I have little doubt that this will be a comfortable outing for the Italians who are looking sharp in all departments of play. Only thing that could surprise me, if it does not come with a big margin.