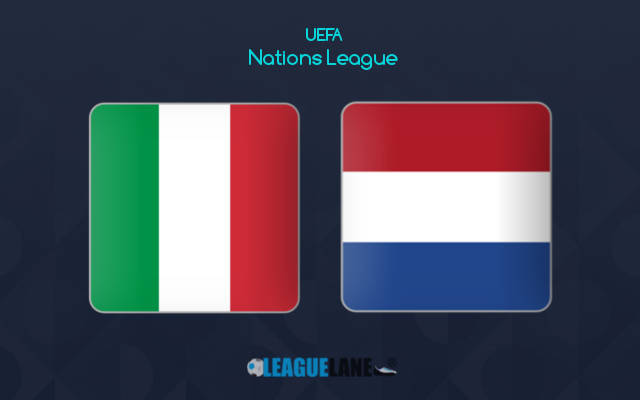 Group 1 of UEFA Nations League Division A got extremely complicated after last weekend’s matches. Bosnia surprisingly took a point from Netherlands, while Poland held Italy to a goalless draw.

The upcoming derby between Azzurri and Oranje in Bergamo might be the key. Hosts would keep the first position with three points and probably knock Netherlands out of the race.

The Italians are the favourite at 1.90 odds even though they achieved just one victory in this bracket so far.

There were 22 head to head encounters between these two nations in the past. Stats are heavily going in favour of Italy who have 11-3 lead in terms of victory.

It’s interesting that Italy’s goal difference so far is only +8, which indicates tight wins.

In the first meeting in UEFA Nations League Italy defeated Netherlands on the road 1-0 thanks to the goal of Nicolo Barella.

Five out of the last seven h2h’s match ended either with two or three goals total.

It would be fair to say that Netherlands deserved all three points against Bosnia last Saturday. They completely outplayed the opposition, but Quincy Promes and Donyell Malen were not focused enough to capitalize on that.

It is slightly worrying for their fans that squad has failed to secure one single victory in the last three matches. They have lost a friendly match to Mexico on 7th October too.

Italy would probably love to forget match in Gdansk as soon as possible. There was no action in Gdansk, with both sides playing rather careful.

Many were surprised with Roberto Mancini not giving a chance to Ciro Immobile, not even as a substitute considering the fact Chiesa, Belotti and Pellegrini didn’t do much.

Match against Netherlands has huge importance, and we don’t see anyone being super aggressive, at least in the early stages. The under 2.5 bet should land easily, while the value is in backing the draw.