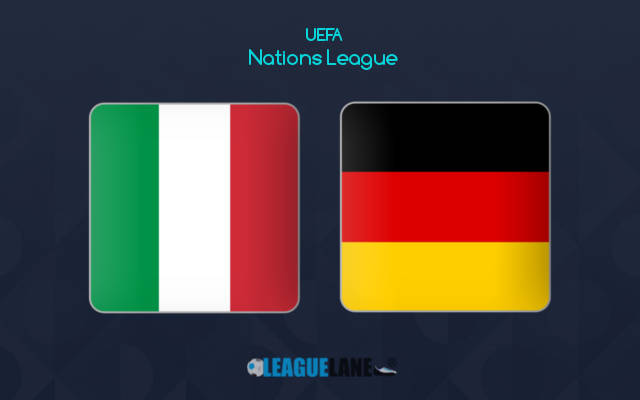 Italy did win the recently-concluded Euro Cup, but ever since they have been on a downhill path. Most importantly they failed to qualify for the World Cup for a second successive time, and there really is no comeback from such a disappointment.

Despite boasting some of the very best players in the world, the reigning European champions where eliminated by a minnow like North Macedonia.

It also needs to be mentioned that their famed defense have not been at the best lately and are letting in goals in huge numbers.

Going on, there is also the question of motivation, as it is a doubt if the players will feel the same drive to go for a win, when on the other side the Germans are gunning for their 5th world title.

Die Mannschaft are simply on amazing missing streak of results at the moment. They are scoring goals at an absolutely unbelievable rate and they also had a great showing at the Euro Cup, even though they could not go for glory.

But they are determined to make amends for this, and are also trying to avenge themselves for the way they were eliminated from the first round of the 2018 World Cup.

They have made it their mission to not let France become the undisputed best team in the world by retaining their World Cup, and this drive really has been visible on the pitch by the German players.

By the looks of things expect a hard-fought win for Germany this Saturday.

Italy were winless in 8 of their previous 11 overall fixtures which included their defeat against North Macedonia, which ultimately ended their World Cup hopes for 2022. It also needs to be mentioned that they had failed to keep clean sheets in 5 of their past 6 fixtures.

On the other hand, the Germans had won 8 of their former 9 games and the only match-up where they failed to win during this stretch was against Netherlands. Do also take into account the fact that they had scored a total of 30 goals from their past 8 fixtures.

Considering these observations expect a win for Germany this Saturday.

Tips for Italy vs Germany