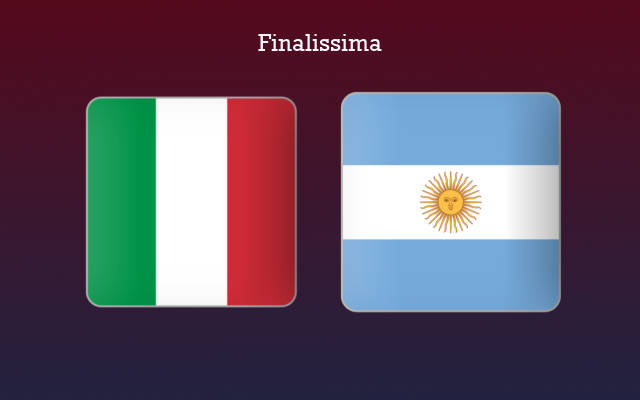 Copa America champions Albiceleste and European champions the Azzurri, take on each other this Wednesday in hopes of landing the Finalissima, the unification of titles between the confederations of UEFA and conmebol.

It has been more than two decades since such a ‘Super Cup’ has been played and for the same reason interest is just worldwide for this upcoming encounter.

It also has several storylines attached to it. This is for the second time in a row the Italians are missing out on the World Cup, and this time around it really hurt.

They had become champions of Europe in June in grand style by defeating England in England. But all of that amounted to nothing as they failed to secure a ticket to Qatar, in order to fight it out for the World Cup.

In the meantime, the Argentines, who were ridiculed for going on a trophy drought is suddenly now the team to beat. They are in high hopes for the upcoming World Cup and if they are able to land this Finalissima, that would be just poetic justice.

Lionel Messi and Co have been unbeaten since 2019 and they have built up huge momentum and large reserves of confidence. They have finally become this cohensive, comprehensive unit that strikes fear into any opponent.

Judging recent form, they are expected to have the edge this Wednesday against the Italians, who had lost against minnows North Macedonia in their pursuit for a ticket to Qatar.

The Italians might be European champions, but it needs to be considered that they have won a total of just 3 games since their triumph against England. One of these wins had also come against Lithuania.

The fixture which hurt them the most was the one against north Macedonia, which was a must-win game for them in order to make it to the playoff final.

Not only did the team fail to score a single goal in the game, but they also conceded a late winner which denied them a chance to take part in the grandest of football stages for the second successive time.

On the other hand, the Albiceleste are on a 3-year unbeaten run. Since their loss in the 2019 Copa America semi-final, not once have the team experienced defeat. And this dream run even included the Copa America final win against Brazil, in Brazil.

They have also been defensively far superior to any team they have encountered through this stretch. Moreover, Messi is determined to shut his heaters up once again by delivering a title with his national team.

Count on a narrow win for the Copa America champions this Wednesday in Wembley.

Tips for Italy vs Argentina