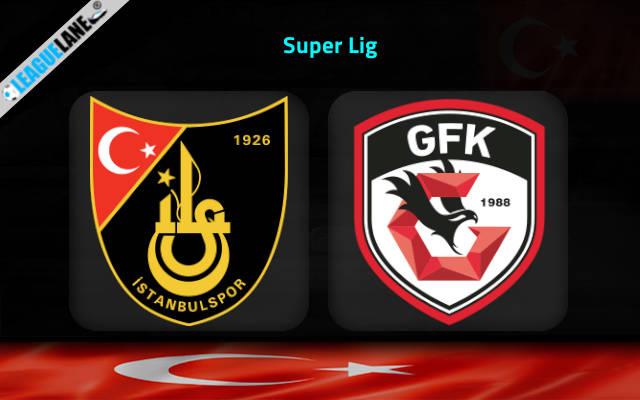 Istanbulspor vs Gaziantep Predictions and Free Tips from our expert tipsters when the teams go head-to-head in Super Lig on Monday, 9 January 2023.

A proper team performance helped Istanbulspor win their third game of the season as they defeated Kasimpasa by 2-1. This is their first league win at home since April. However, they are at the bottom of the table and will face their rivals Gaziantep.

At the same time, Gaziantep held Besiktas last month in a 1-1 draw. They also advanced to the next round of the Turkish Cup. They are thirteenth in the league and have tough fixtures this month.

At Necmi Kadıoğlu Stadyumu the host are unbeaten in four of the last five meetings against Gaziantep. The last two meetings ended in a stalemate.

In the last eighteen years, both teams have played against each other on ten occasions and the host are unbeaten on eight occasions.

Who will win the match between Istanbulspor and Gaziantep?

Despite having a good record against Gaziantep the host are at the bottom of the table. They have lost more than 60% of their matches till now. Similarly, the visitors are on a five-game winless run.

Both teams have scored in three of the last five head-to-head encounters at Necmi Kadıoğlu Stadyumu. Also, both teams scored four goals in their last meeting. It is likely that both teams will find the back of the net.

This match is between two teams that are very close to the relegation zone. The last five outings show that both teams have lost three of the last five outings.
Therefore, the first tip is that the game will end in a draw– the odd for this tip will be at 3.50 odd.

Our second tip is that Under 2.5 goals will be scored – at 2.10. The main reason behind this tip is that three of the last five encounters ended with not more than two goals being scored.