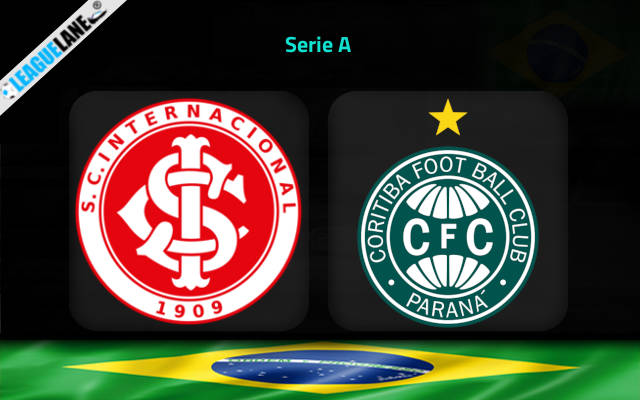 Internacional have been one of the best teams in the Brazilian top flight this season and they are in contention for a podium finish at the end of the campaign.

They have lost just twice all through the campaign and it also needs to be noted that only two other teams have scored more goals than them in the entire tournament.

Meanwhile, Cortiba or one of the worst teams in the league and it requires special mentioning that they are the only squad in the whole tournament to have remained winless in the past five fixtures.

They are barely staying above the relegation cut-off and most importantly they have been a total mess away from home all through the league competition this season.

Judging these observations as well as the head-to-head superiority of Internacional, expect a win for them this Saturday.

Internacional were unbeaten in 16 of their past 17 overall fixtures, and they had scored two or more goals in their past three games.

Do also note that they have lost just twice at home in the past seven months.

On the other hand, Cortiba are on a 3-game losing streak and they had conceded a total of seven goals in the process.

They were also winless in eight of their past ten overall games, and they had lost four of their last five road trips as well.

Taking into account these observations, expect a victory for Internacional this Saturday.

Tips for Internacional vs Coritiba