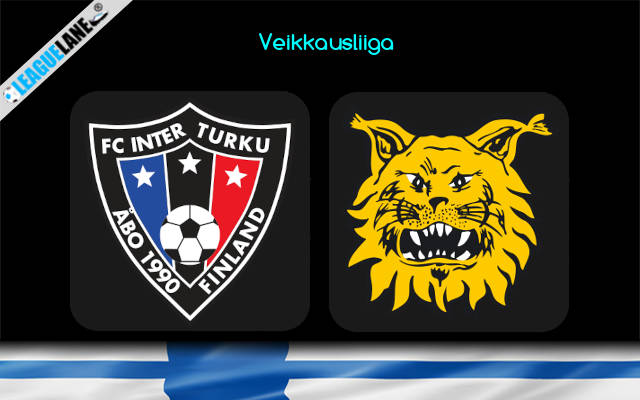 Inter Turku seems to have achieved mixed results from their matches recently. From the nine matches played, the team has got four wins, one draw and four losses. Their win in the last match has ended a cold streak which had lasted for three matches. Turku’s current form has helped the team achieve the fourth position on the league table with 13 points from their matches.

Inter Turku played their last match against VPS. Inter Turku scored two goals in the match while VPS could score only one, ending the match in a win for Turku with 1-2 FT score.

Ilves have shown improvement in their form in the recent Veikkausliiga matches. Ilves has played eight matches already in which they had started with a cold streak. However, from the last five matches, the team has got three wins, one draw and one loss. Their improved form helped the team move up the table to the sixth position with 11 points to their name.

Ilves played their last match against Honka. Both teams failed to score in the match, ending the game in a goalless draw.

Inter Turku has got mixed results from their matches in home ground. From the five matches played, the team has got two wins, one draw and two losses. Apart from the matches they have lost, the team has scored over 1.5 goals in the remaining matches. Ilves, on the other hand, has not had a single win in their away matches this season. They have also scored under 1.5 goals in most of the matches.

I believe with the advantage of playing in their home ground, Inter Turku is most likely to secure the win in the match. We can also expect both teams to score in the match.