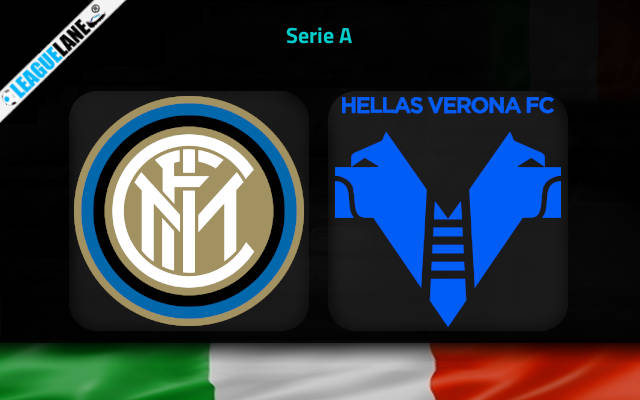 Inter Milan’s Scudetto ambitions have suffered another big blow last weekend when their wing back Denzel Dumfries scored an own goal in the third minute of the stoppage time against Monza.

I Nerrazzurri thus had to settle for a 2-2 stalemate in the previous round. They are now ten points below leaders Napoli and can’t afford any more slip-ups in the matches to come.

Simone Inzaghi’s men will have a nice opportunity to return to winning ways immediately this Saturday when they play host to relegation-threatened Verona at Stadio Giuseppe Meazza.

Inter Milan were in action on Tuesdays evening as well when they eliminated lower-division Parma from Coppa Italia after a comeback.

I Nerazzurri needed the extra-time goal from center back Francesco Acerbi to advance on the occasion.

Verona, on the other side, celebrated a huge 2-0 victory over direct relegation rivals Cremonese on Monday evening.

They moved away from the very foot of the Serie A standings with that win, although we must say that Cremonese registered 15 shots (5 on target) on the occasion.

The safe zone is still six points away from Verona who will face a mission impossible to try and avoid a defeat here in Milano.

However, we must say that new head coach Salvatore Boccheti is yet to suffered a defeat on Verona’s bench as he only took charge on December 4th during the World Cup break.

Verona took advantage of the somewhat easier schedule in the previous two rounds to claim four points from the clashes against Torino and Cremonese. They are up against a completely different beast on the road now and we can only see one scenario happening on Saturday evening.

Inter Milan to win both halves is the main pick at the odds of 2.62, while we will also back in-form Edin Dzeko to score anytime at the 2.20 odds. The Bosnian forward made the difference in Inter’s previous home match against Napoli.