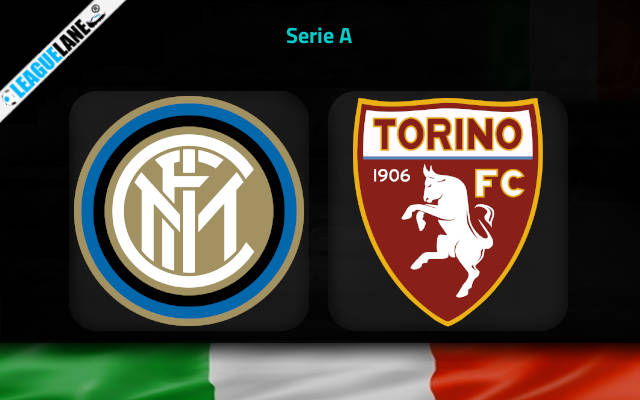 Inter Milan will finally have a somewhat easier fixture (on paper) this Saturday when they host Torino in the sixth round of Serie A.

We say easier fixture because I Nerazzurri have faced the likes of AC Milan and Bayern Munich within the last seven days.

On another note, the match against Torino will be anything but a straightforward affair for the last season’s runners-up.

Il Toro are sixth in the league standings after five games of the competition. They have won three of these five outings, suffering just one defeat in the process (a 3-1 loss at leaders Atalanta).

Torino saw off Lecce 1-0 last Monday with a first-half goal from Nikola Vlasic. The former West Ham winger now has three goals to his name and he will be the one to keep an eye on here.

On the other side, it is worth noting that Inter Milan are still likely going to be without their best striker Romelu Lukaku (sidelined through injury).

With the Belgian’s absence and fatigue after very complicated affairs against bitter city rivals AC Milan and the German heavyweights Bayern Munich in the UEFA Champions League, we do struggle to see the value in backing the home win pick at the 1.44 odds here.

Torino have scored at least a goal in all but one of five league games so far in the season, even including the 3-1 loss at Atalanta. Inter Milan have shown their defensive vulnerability in the last weekend’s 3-2 loss at AC Milan.

Knowing about the high-scoring H2H trend, we have to go with the Both Teams To Score as the main betting option at the odds of 1.90.