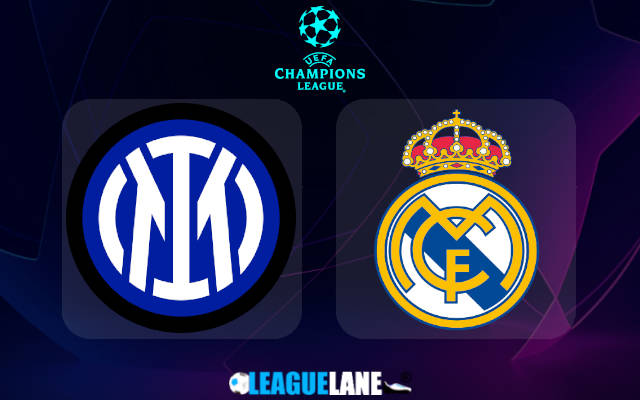 Inter Milan and Real Madrid lock horns in Wednesday’s Champions League fixture and for a second consecutive year at this section.

Things went berserk when they were grouped together last season. Inter then managed by tactical maestro Antonio Conte got eliminated with a 4t placed finish. Meantime, Real muscled their way to the knockouts with a victory against eventual group winners Monchengladbach on matchday 6.

Nerazzurri’s new head-coach Simone Inzaghi is looking to put the disappointment behind and there is no better way to start it with a win against record competition winners on Wednesday.

Inter did start their Serie A campaign on a high by winning their first 2 games before being held to a draw on the weekend.

Real on the other hand went as far as semifinals last season before being knocked out by Chelsea who went on to lift the trophy at the Estadio do Dragao in Porto.

There is little change in the squad this season and they have been playing some fluid football at the start of the new season. There were plenty of goals with Benzema, Vinicius and Valverde the focal points in the team’s 13 goals scored from 4 games so far.

Their Italian counterparts are a perfect match for attacking football after scoring 9 in 3 goals. There will be some fireworks at the San Siro on Wednesday night.

These two teams play football with some swagger and as a neutral I only hope for no change in this style from respective managers in the dugout. It is matchday 1 of the Champions League and one can afford to play attacking football.

Inter is coming to this game after registering over 3.5 goals in all of the three Serie A games while Real a step ahead and saw over 4.5 goals in 3 of their 4.

For the same reason, I am tempted to back both teams to score and over 2.5 goals priced at 1.95 as the primary bet for this match along with the full-time draw priced at 3.60.

Meanwhile, Karim Benzema and Lautaro Martinez are in blistering form and are excellent choices to score anytime here.