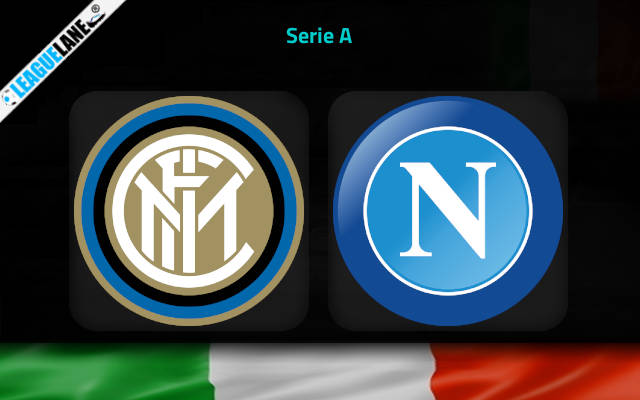 Inter Milan will likely be without their top scorer and they are up against the best defense in the league on Sunday. Napoli showed one of the weakest attacking performances in a 1-1 draw to Verona in the previous round. Each of the last five head to head encounters ended with fewer than three goals scored. It has to be a low-scoring contest.

Inter Milan and Napoli are set to lock horns in the derby of the 13th Serie A Matchday on Sunday afternoon at Stadio Giuseppe Meazza.

Napoli’s unbeaten run will thus be on a serious test (probably the toughest possible) as the current Serie A leaders take on the reigning champions away from home.

To be fair, Inter Milan have been miles away from the last season’s form in this term of the Serie A, but they can still be a formidable force on their day against any opposition in the league.

Simone Inzaghi’s troops ended a three-win streak across competitions with a 1-1 draw in the last round’s Derby della Madonnina against Milan. They seem to have tightened things up defensively of late as the team allowed only two goals in the last four matches in all competitions.

Inzaghi will be worried about the condition of his top scorer Edin Dzeko who missed an important World Cup qualifier for Bosnia-Herzegovina last weekend against Finland through injury.

Napoli have by far the best defense in the league. They have allowed only four goals in twelve league outings this term. However, the Partinopei dropped the ball last time out, playing only a 1-1 draw at home to Verona.