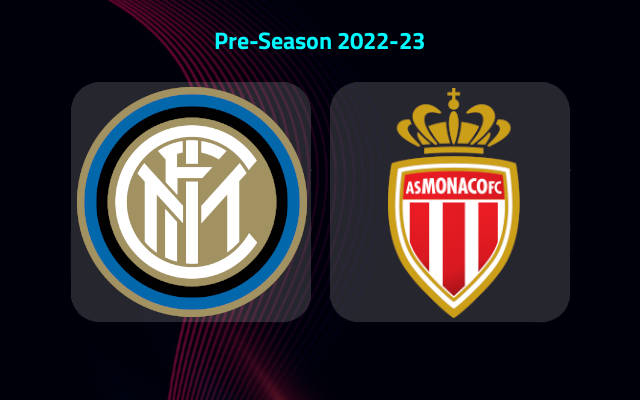 Inter Milan were the Italian champions the previous season, and this time around they lost to arch-rivals AC Milan, by a small margin of points. Though they missed out on the title, fans all over the world are happy to witness this fierce rivalry one more time.

The 2010-11 treble winners will be determined to secure their title back from their arch-rivals and will be eager to start on the right note.

They have massively strengthened their squad during this transfer window and will consider this as an opportunity to try out their tactics during the pre-season.

Meanwhile Monaco had finished 3rd in the French topflight the last season. But still their form has been struggling for quite some time now. They have found it unable to maintain consistency and they are also letting in goals quite in plenty.

For the reasons, it is expected that we are about to witness a victory for Italian heavyweights Inter Milan this Sunday.

Inter are on a 6-game winning streak and they had also won 12 of their past 13 fixtures. They have lost a total of just once since February and have been defeated at home just 3 times since September 2021.

On the other hand, Monaco were winless in 3 of their past 5 overall fixtures, and they had remained so in 7 of their previous 14 road trips.

Considering these observations as well as the head-to-head superiority of Inter, expect a win for them this Sunday.

However, taking into account the performances of Monaco offence lately, count on them to find the back of the net at least once.

Tips for Inter Milan vs Monaco